Organizations may sometimes seek the assistance of script commands to execute specific routine and time-consuming operations on the Windows machine that are not natively supported by the MDM platform. A script is a series of commands written in a scripting language that details the operations you want to perform on the machine and automatically execute it on the devices without any manual intervention. These tasks otherwise have to be manually administrated one by one on each device.

For executing custom scripts on Windows machines, create script files with custom configurations that suit your demands and upload the file to Hexnode. Then push the script file to the target devices. However, it is recommended to manually validate the script execution on a single device before associating it with bulk devices. This helps to analyze and remediate the associated issues without heavily impacting business continuity or productivity.

To run the script,

The scripts are used to proactively set up configurations or execute operations on the devices. For deploying these script files to the devices via Hexnode, they have to be first uploaded in the MDM console.


To upload script file in Hexnode,

Once the script is created and uploaded, it can be pushed remotely to deployed devices via Hexnode.

To execute a custom script on Windows,
Notes:

If the action is successful and the configurations of the script file is correct, then the script will get automatically executed on the device.

The uploaded script file was for creating a new document named “par” in the C-Drive of the device with content 1, 2 and 3, the parameters passed through Hexnode. 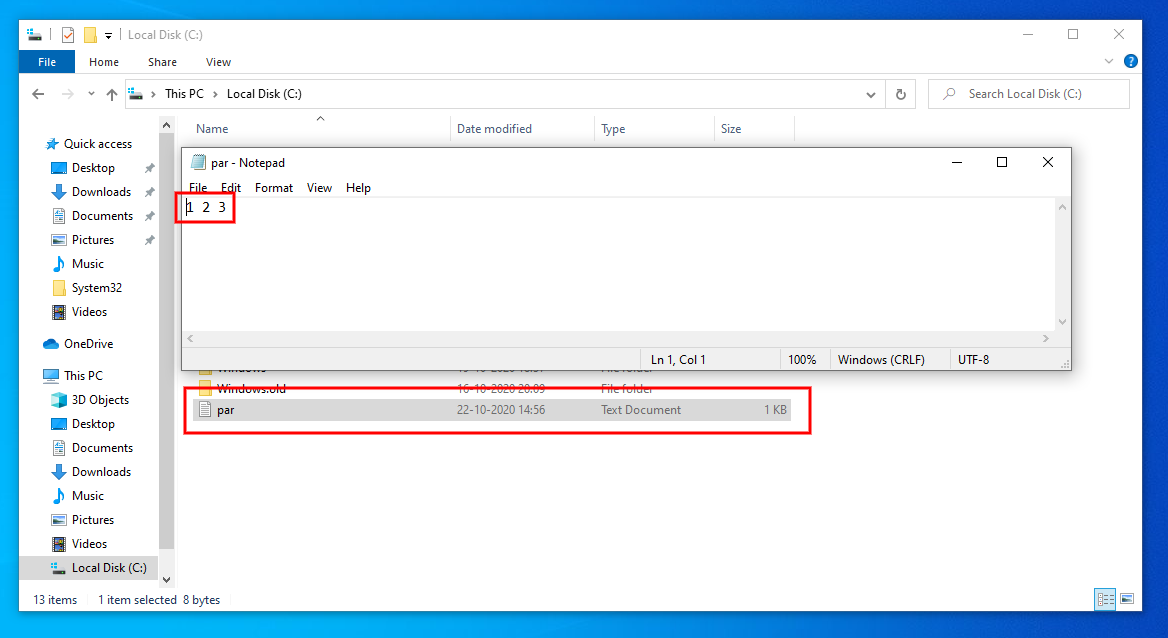