How to Add Device Groups via CSV?

Groups are an integral tool in managing users and endpoints in an organization. Organizing devices into groups enables IT administrators to efficiently manage the tasks at scale. For example, to deploy certain apps or policies to devices owned by users of a specific department. Here the groups should be categorized based on the departments of the organization. Policies in Hexnode can be targeted at device groups.

Besides manual device group creation and dynamic allocation of device group members, you can also bulk import devices to groups via a CSV file. This allows you to add a vast number of devices to a group without any hassle of manually adding individual devices. CSV import even allows you to create new groups and allocate members to an existing or new group.


Device grouping via CSV is available on all Hexnode pricing plans except Express.

To add bulk devices with a CSV,

Upload a CSV file containing the group name, serial number/device ID/UDID of the member devices, and a description for the device group. You can add the device to either an existing group or a new group. You can also remove the current devices from the group prior to adding new ones. 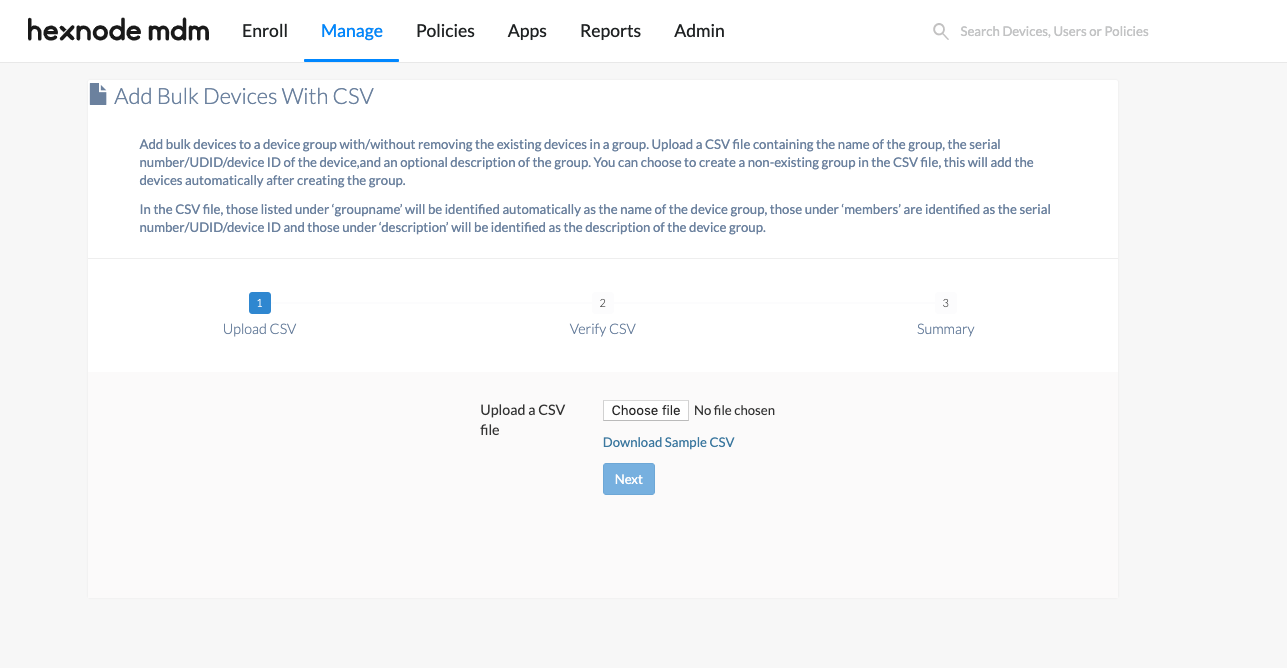 
If you are adding the device to an existing group, it will be added automatically. But if you have given a new group name in the CSV, the group will be created first, and then the devices will be added to it.


A sample CSV will be of the following format.


If you add multiple devices to a group, separate the member devices of the group using “semicolon” in the column named members in the CSV file.

You can verify the details uploaded in the CSV file.

First, you have to map the CSV file attributes with that of the Hexnode device group. On proceeding, after uploading the CSV file, you will be asked to Map the Keys in the CSV with that of Hexnode’s. If your CSV file has the same column names as discussed earlier, the attributes will get automatically mapped. However, if your column names are different, you will have to manually map the keys. 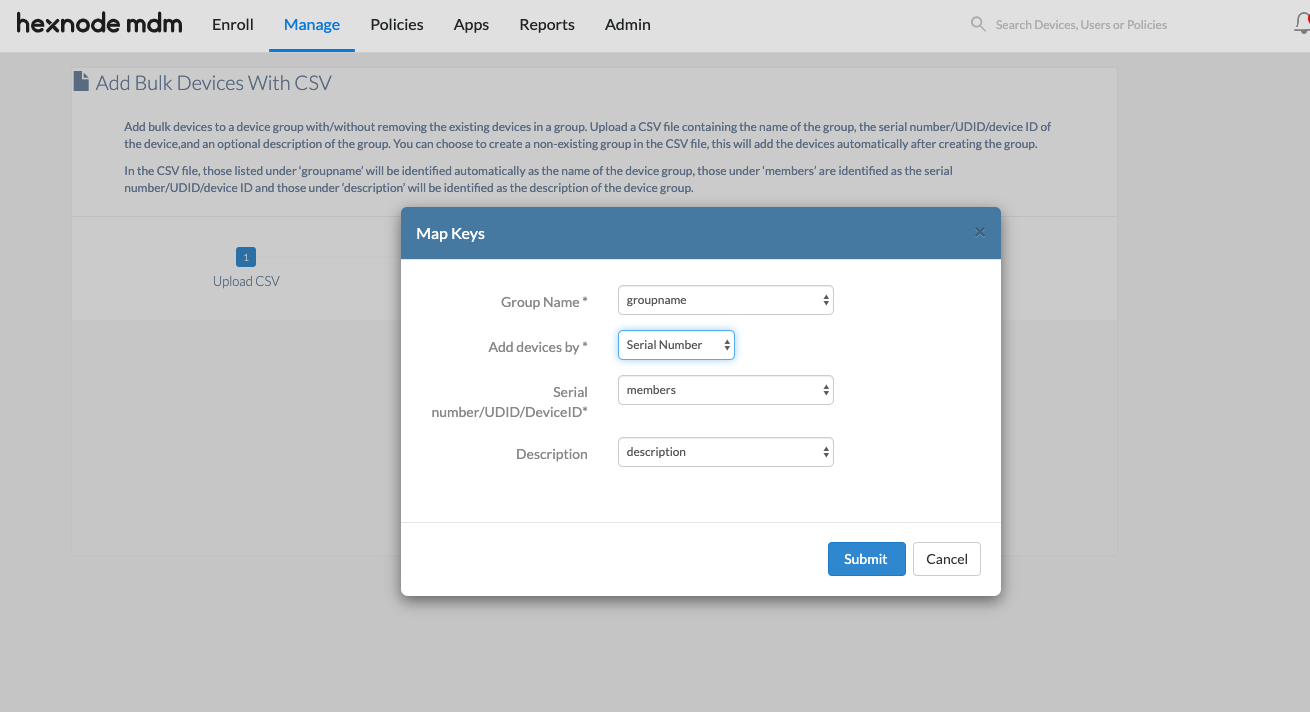 If you want to create a new device group, add the group name and the list of the devices in the CSV file. Then, check Create non-existing groups during CSV verification. This action will create a new group for you. If you create a group having the same name as that of another group, you will encounter a message that says “Found Multiple Groups With Same Names. Check The Group Name ‘X’ In CSV File”.

If you want to add a device to an existing group, state the name of the group into which you want the devices added and then uncheck Create non-existing groups. 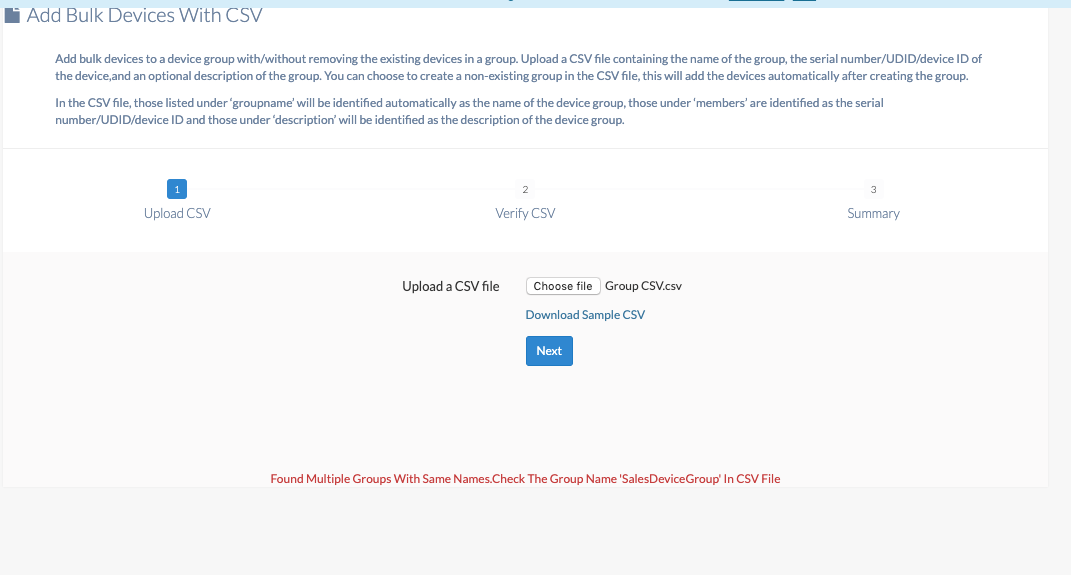 Once you Map the Keys you can verify your CSV file. 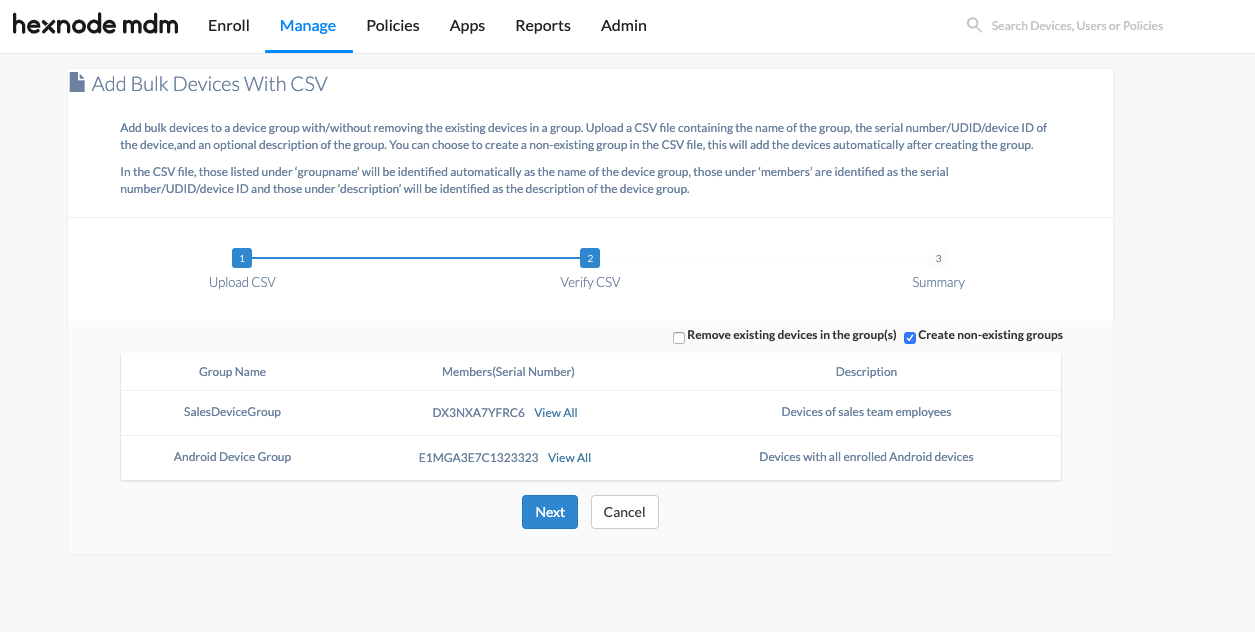 The devices will be added to the groups and the final summary of the process will be shown here. Click on Finish to view the device groups with the devices added to it. 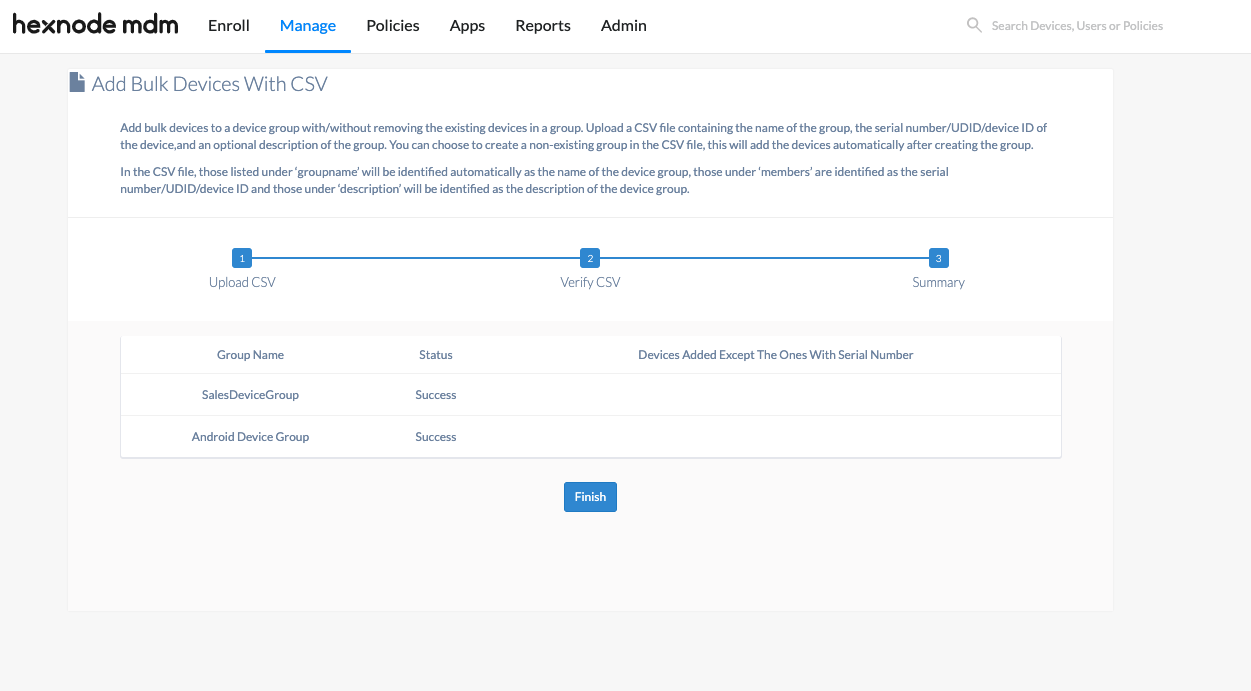 If you find your Status to be “updated partially” it means you either have a disenrolled or a device that is not yet enrolled in Hexnode, added to the group. Else, you have entered an incorrect serial number in the CSV file. Such devices will not be added to the group. The devices that were not added to the group will be listed under Devices Added Except the Ones With Serial Number. 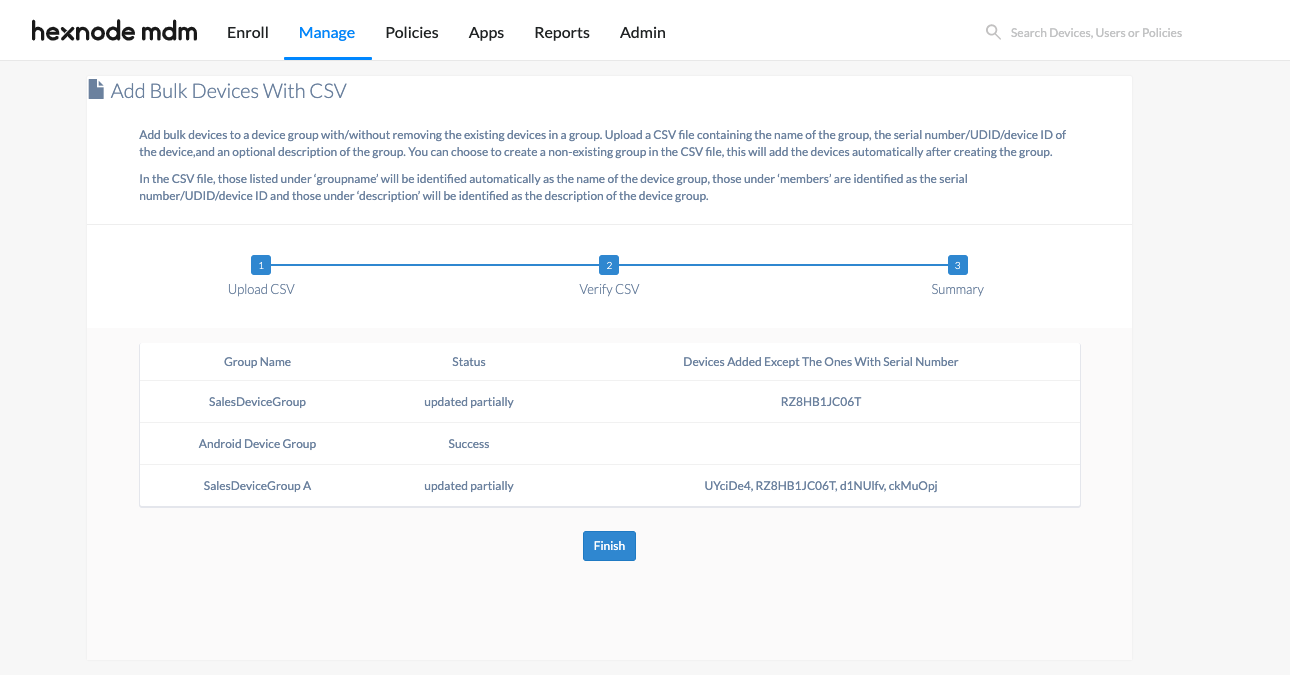