What are System Apps?

Installing apps on your Android device is an absolute breeze. Just search for the app on the Play Store and click on the Install button. You can install it either as system apps or as user apps.

System apps are pre-installed apps in the system partition with your ROM. In other words, a system app is simply an app placed under ‘/system/app‘ folder on an Android device. ‘/system/app’ is a read-only folder. Android device users do not have access to this partition. Hence, users cannot directly install or uninstall apps to/from it.

Apps such as camera, settings, messages, Google Play Store, etc. come pre-installed with the phone and manufacturers do not generally provide an option to remove such apps as this might impact the functioning of your device. A system app can only be removed if the device is rooted.

Non-system/third-party/User apps are apps downloaded from Google Play Store or sideloaded with an APK file.

A non-system app is installed under /data/app folder and has read, write privileges. If there are apps that you have installed but you no longer use, you can simply uninstall them to free up storage space.

When Hexnode UEM is installed on the device as a system app, a number of benefits are added-on to the device.


If you are using a device running Android version 5.0 or later, Hexnode UEM app should be made privileged app on the device for availing these benefits. On devices below Android 5.0, you should make Hexnode UEM a system app.

How to Blacklist/Whitelist System Apps

To remove system apps on your device, 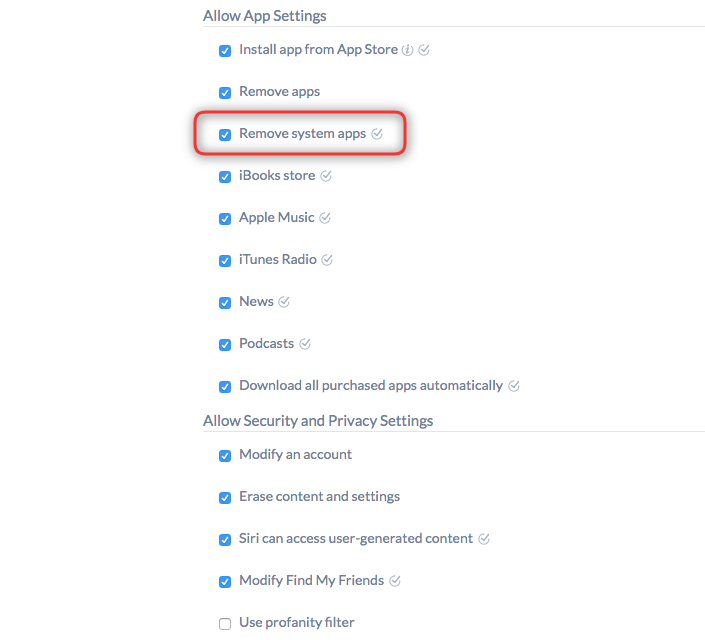 Here’s how you blacklist/whitelist iOS, Android and macOS apps.