Autonomous Single App Mode (ASAM) settings on an iOS device allow an app to lock itself down and release from the single app kiosk mode on its own. Configure this mode to put an iOS app in the foreground and ensure that no other applications or notification interrupts its functioning.

How to set up Autonomous single app mode on iOS devices 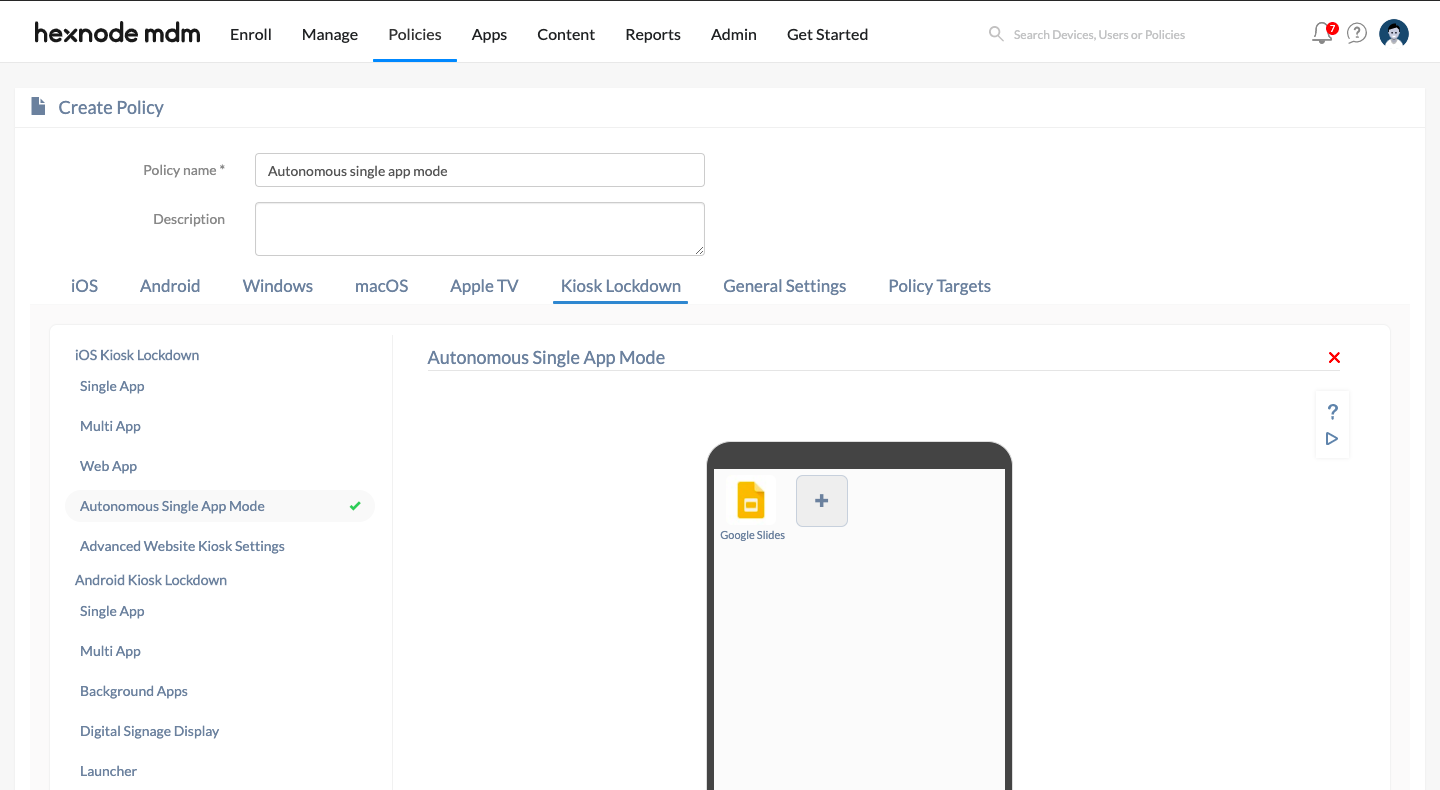 What happens at the device end?