Imagine having your phone unlock itself when you pick it up…
Sounds interesting right?

Hey, I am not quipping. It is now possible with an Android smart lock!!

One of Android’s best-kept secrets, Smart Lock, keeps your phone unlocked while linked with a reliable Bluetooth device or when it’s on your person. It provides a balance between security and a trusted environment.

When did your phone locks become smart?

Google Smart Lock, sometimes known as Android Smart Lock, was introduced with Android 5.0 Lollipop. The main benefit of using a smart lock is elementary! It solves the problem of always trying to unlock your phone. This lets the user specify circumstances in which it can safely remain unlocked for extended periods of time.

Additionally, this smart lock feature reduces the need to open a password-protected device as frequently in low-risk situations. In these cases, the phone can be accessed with a simple swipe. These circumstances include:

When you are in your home or a trustable place, why do you need to unlock your phone each time? It’s unusual (though not impossible) that an unknown person will enter your living room and steal your phone. Authentication is not needed to access your device since the user finds the surroundings secure and reliable. 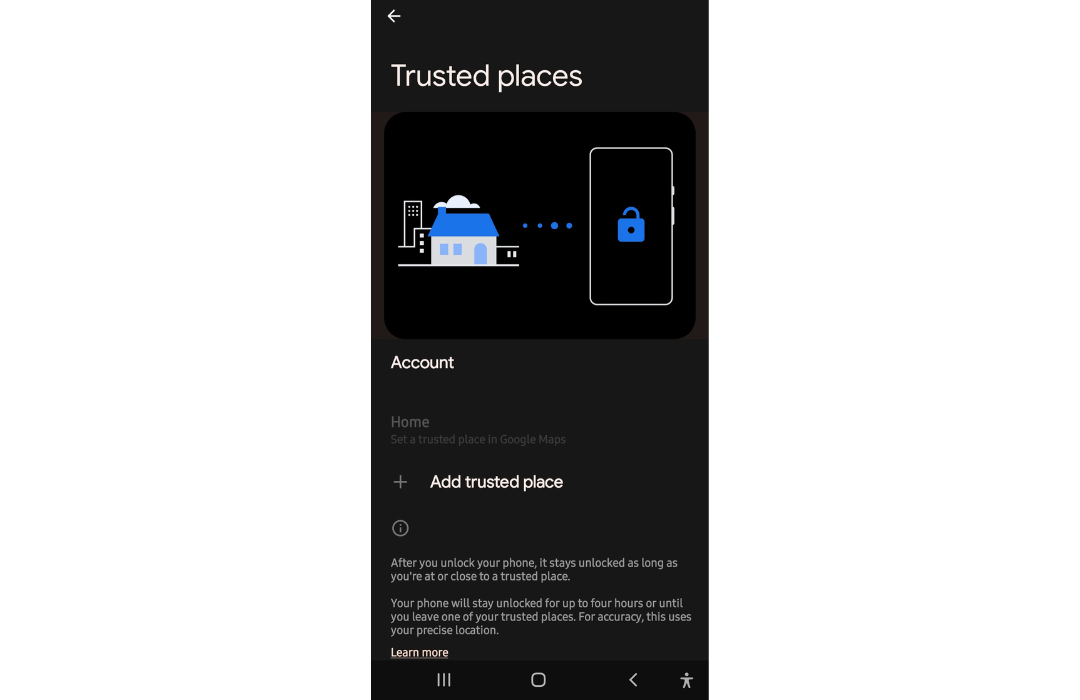 It is also possible to access your smartphone, which automatically pairs with your car’s bluetooth system. We can choose any bluetooth products we are confident with using this option. Thereby we won’t need to enter the passcode to unlock our phone when it’s connected to these devices. 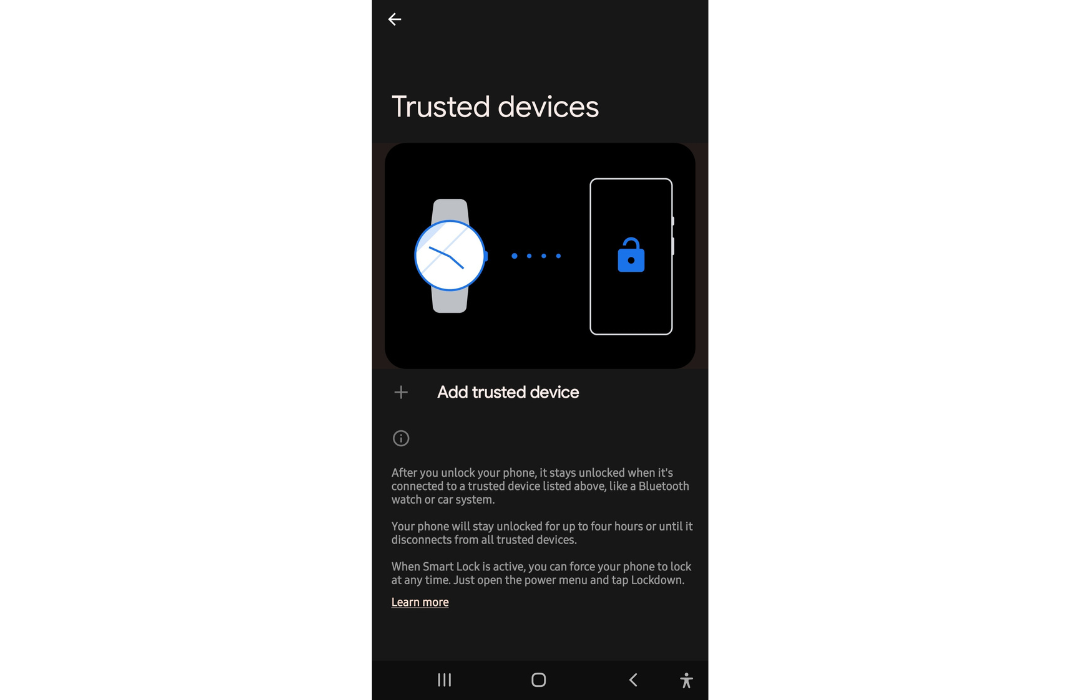 Your smartphone is really smart!! It is aware of its state at all times, including when it is static, picked up, and even in motion.

When you take the phone out of your pocket or bag, you won’t have to enter your pin or passcode again if you already did so. You may thus keep the phone unlocked when it’s on you. It remains unlocked as long as you move, hold, or carry your phone. Thanks to the on-body detection feature! 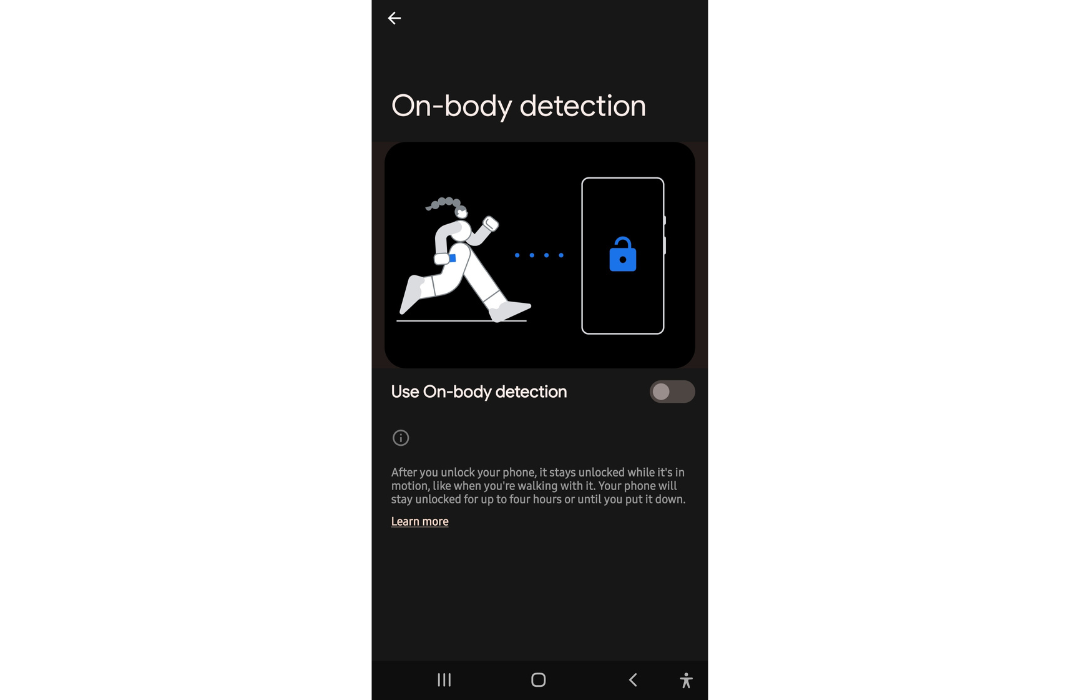 We can utilize the trusted voice function together with voice commands. The smartphone will automatically unlock after voice detection is configured and a voice match is detected. This option will give you access to some of your phone’s functionalities but won’t ultimately unlock your phone all the time.

What you should know about Trusted voice match?

Voice match is not an entirely secure method of authentication. Thus, Google announced at CES 2019 that they eliminated voice match’s ability to unlock phones and this new behavior would arrive on all Android devices. As a result, this feature on phones and tablets can no longer fully unlock a device; instead, it can only provide Assistant “personal results,” such as email and calendar entries. This modification also has the advantage of synchronizing Voice match behavior with Google Home speakers and Smart Displays.

This feature can be enabled in settings:
Search for google assistant > Assistant settings> Hey google and voice match. 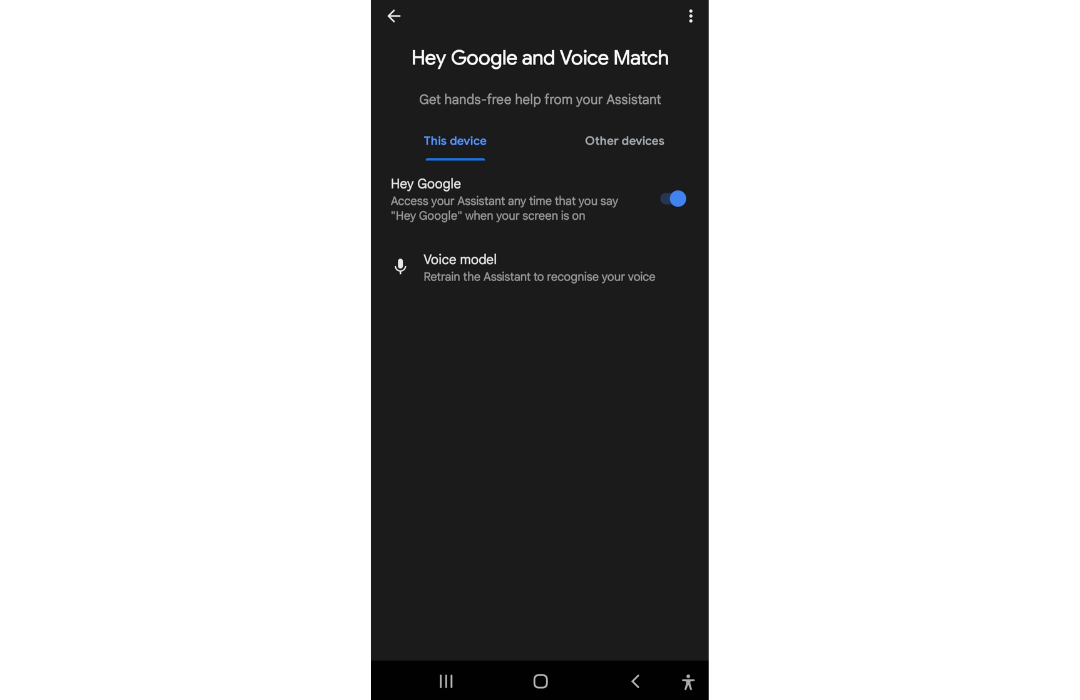 Do you recall the Face Unlock function? This feature, launched with the Android 4.0 Ice Cream Sandwich in 2014, enables face recognition to unlock your phone. With this Trusted face function included in Smart Lock, the phone uses facial recognition to allow users to engage with alerts and unlock them in a much more reliable way. Unfortunately, it was found that a picture of the owner made it simple to unlock the phone and made it unreliable. 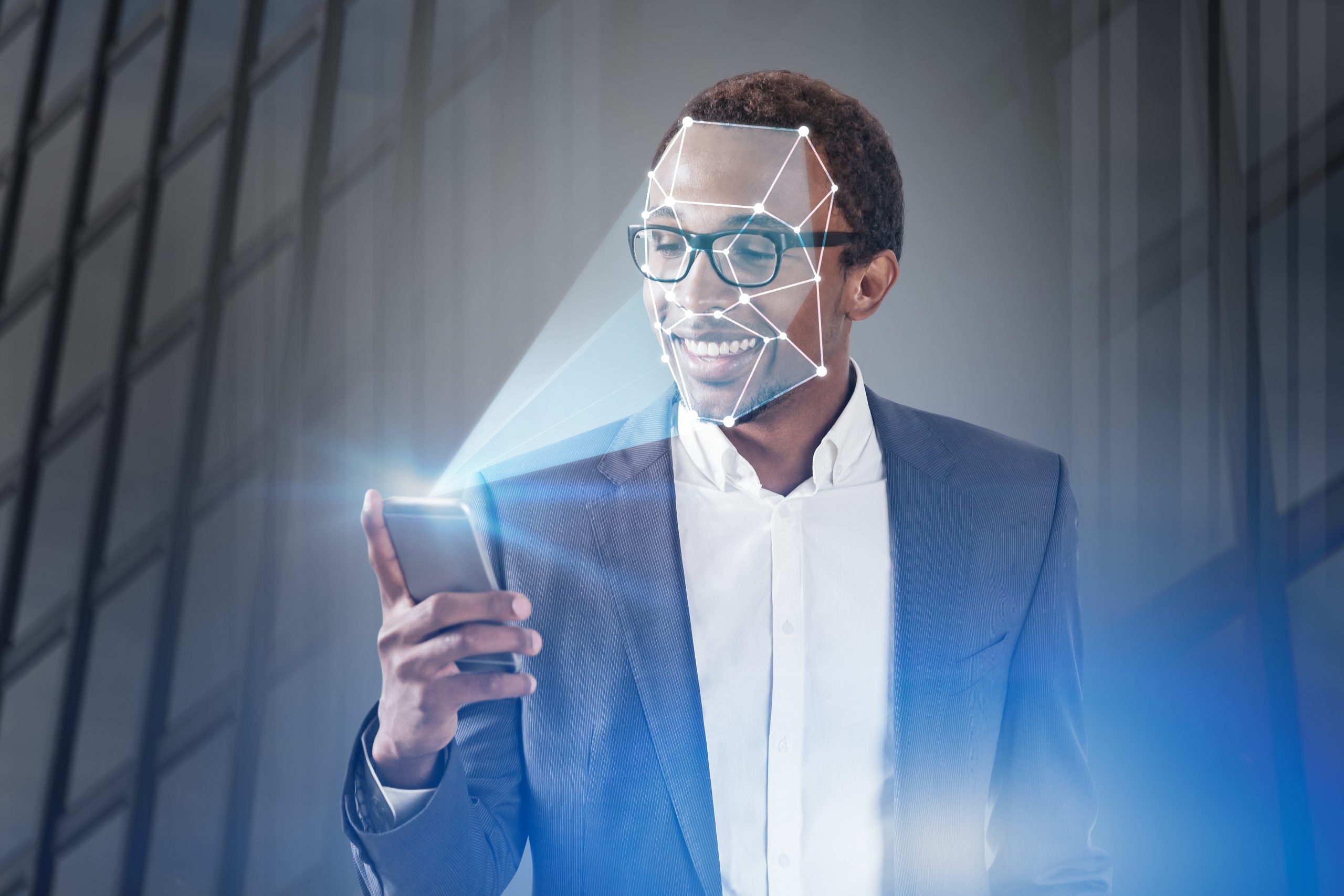 What you should know about Trusted face?
This feature is now totally absent from stock and OEM devices, running Android 10 or earlier devices. It is quite likely that the option was removed in a Google Play Services update.

How to setup a Smart Lock on Android devices?

To install Smart Lock on an Android smartphone, follow the instructions below.

1. Navigate to Settings > Security > Advanced > Trust agents and check whether the Smart Lock is turned on. 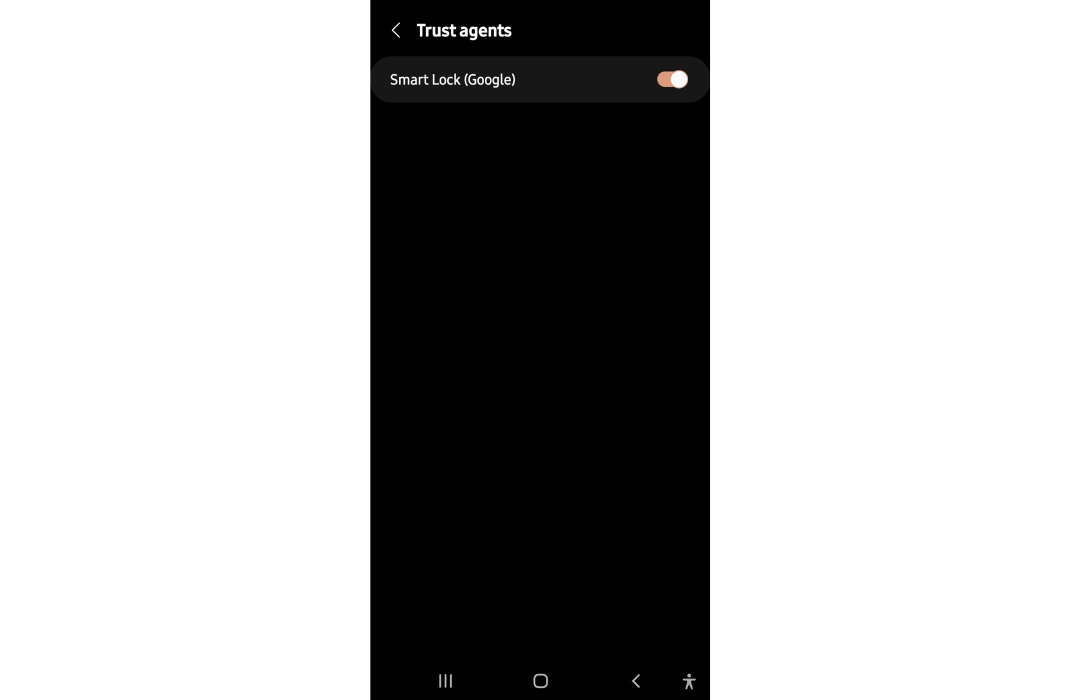 2. Then search for Smart lock in security settings 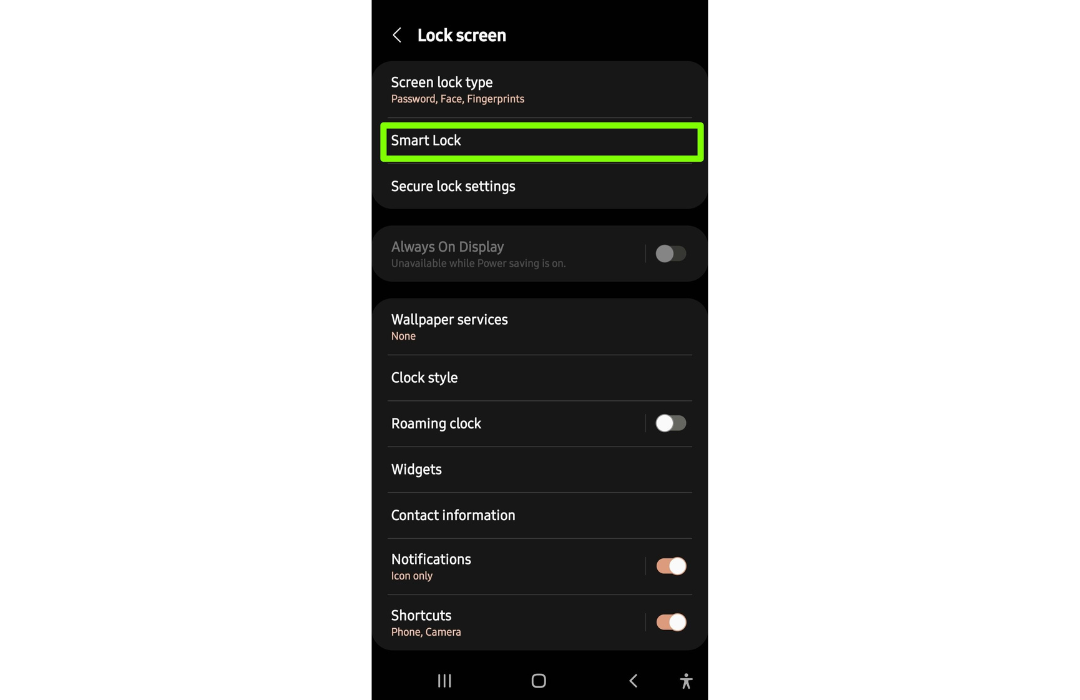 4. From this page, you can add Trusted locations, Trusted devices or activate On-body detection feature.

Is your smart-lock-phone secure enough to give you peace of mind?

Well, this is an argumentative question 🤔

It is true that, in addition to the smart actions offered, the smart lock may be vulnerable to attacks.

It is up to the end user to decide which circumstances are safe. They can choose any location in the world and a certain radius around it as a trusted location. For example, the users might think that their office or usually visiting coffee shop is secure.

After a certain point, this scenario can be dangerous because accessing a stolen phone is a piece of cake when it is unlocked. So, it’s not a smart idea for corporate devices. This risk is not worth taking for any device used for business purposes, especially one known to contain sensitive data. The same is true for your unlocked phone, which might be sensitive to the trusted device and on-body detection feature.

The on-body detection is suspicious since there is no way for the gadget to tell if the phone is on your body or if it has been stolen. The smart lock has not yet become smart enough to keep itself safe from theft. So, smartly using the smart lock relies on the end user.

How does Hexnode enhance the smartness of the smart lock?

UEM solutions like Hexnode enable granular control over the smart lock in your phone.

It provides a lock screen customization feature as well. Only smartphones with a secured lock screen can customize their lock screen (devices protected by a PIN, pattern or password lock).

The Hexnode for Work software needs to be updated on the device to modify the lock screen.

What businesses need to know about Android enterprise device management

Find out how Android Enterprise helps to address a number of challenges IT admins face in the management of Android devices within the enterprise.

Containerization helps in efficient data control mechanism for the individuals. It creates separate, encrypted containers for personal devices. Data and apps in this personal container space will remain private to the user. The main management modes with Android Enterprise are: 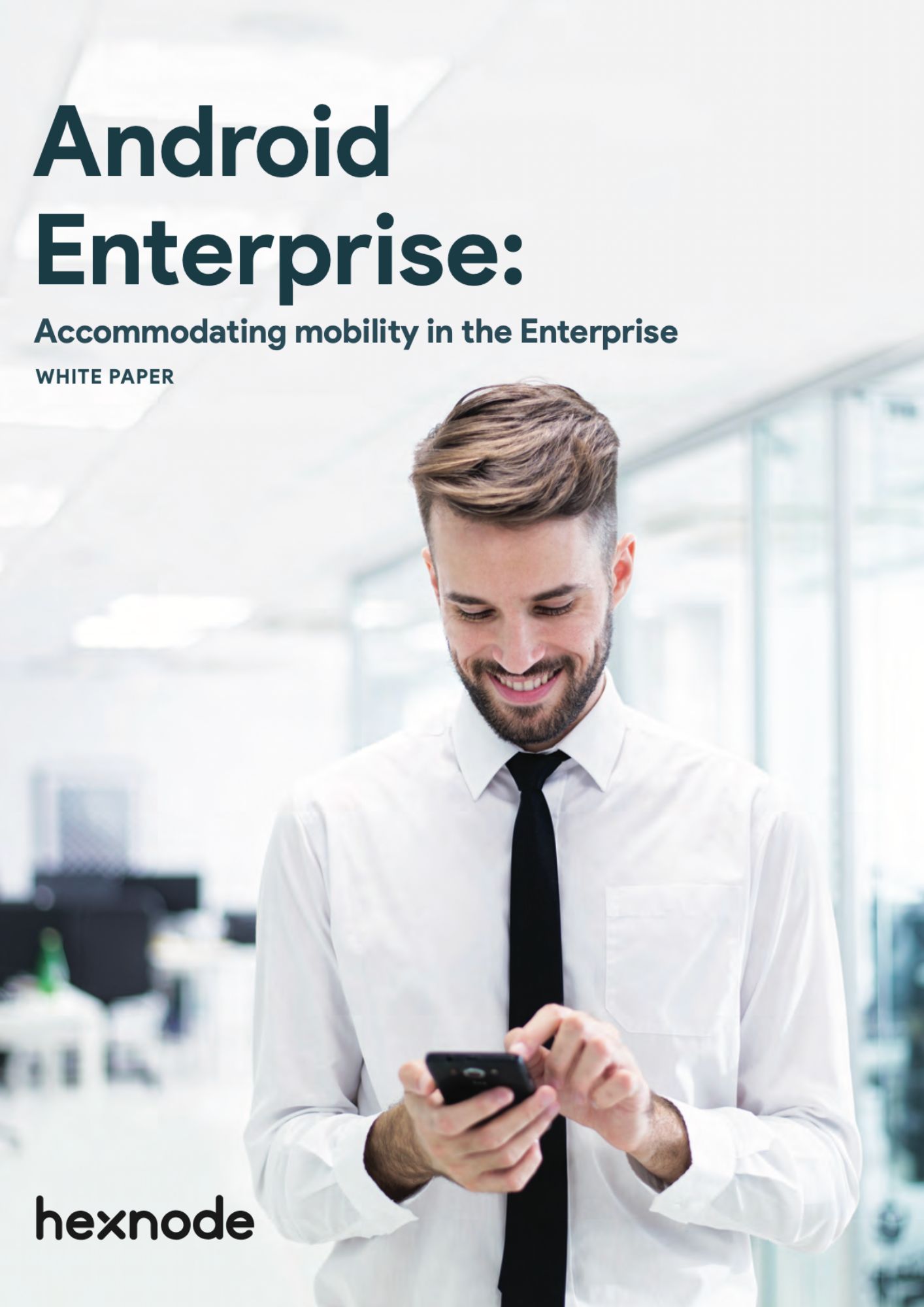 Get a clear picture of how Android Enterprise and UEM helps in bringing about a holistic management of Android devices.

The built-in Smart Lock function on Android phones was created to make life easier for the user. As the saying goes, “Everything has positive and negative consequences”, the smartphone remote functions may also change the game. So, use it wisely to avoid being tricked!

Get started with Android Device Management

Uncover the secrets of Android device management with 14-day free trial of Hexnode.

How to #BeCyberSmart and #CyberAware for a #CyberSecure world?