Android Project Mainline: Everything you need to know

Project Mainline is an advancement of Project Treble. Well, if you’re a tech enthusiast or have an Android phone, you will be curious to know more about this (if that’s the case, this blog is perfect for you😉). So, let’s dive deep into them without wasting time.

Project Treble was launched with Android 8.0 Oreo and implied a significant restructuring of the OS framework. Its ultimate goal was to make device updates for the original equipment manufacturers (OEM) faster and simpler. It separates the primary Android OS framework from the lower-level code created by silicon suppliers. Through this, the device manufacturers can update OS without waiting for silicon vendors to update lower-level code with each new version.

Two major concepts of Treble that became effective are:

What is Android Project Mainline?

Project Mainline was introduced in Android 10 to speed up the distribution of security updates of vital system components to Android users. It helps to distribute new Android features to users of various Android versions without requiring them to perform a complete OS update.

The main goal of this project is to update Android’s internal components entirely in the background through the Play Store without even forcing a reboot or risking security due to a software update lag.

The procedure is distinct from monthly security patches and system version updates, which would usually require a system reboot. By this way Google can keep essential OS components secure and up to date, without having to depend on the OEM vendors.

Android Seamless updates ensures that the downtime of OTA update technique is eliminated, making it seamless for users.

How does Android Project Mainline work?

Project Mainline helps update the essential OS components, similar to how we update apps through Google Play. This intends to relieve OEMs from managing framework elements and system applications essential for security and upholding development consistency.

The delivery format for each Mainline module is either an APK file, an APEX file, or an APK-in-APEX. The choice of format is mostly dictated by how sooner the component needs to be launched in the boot process, as APEX modules can be utilized considerably sooner in the startup process than APK-based modules can. Due to the focus on Android apps, the APK format is also less adaptable when it comes to system modules. The user receives a “Google Play System Update” (GPSU) message when a Mainline module updates.

There were thirteen Project Mainline components with the release of Android 10. As of Android 13, this number has more than doubled or tripled if you take into account undocumented modules. Nevertheless, only some Mainline modules will be available on all Android-powered devices. 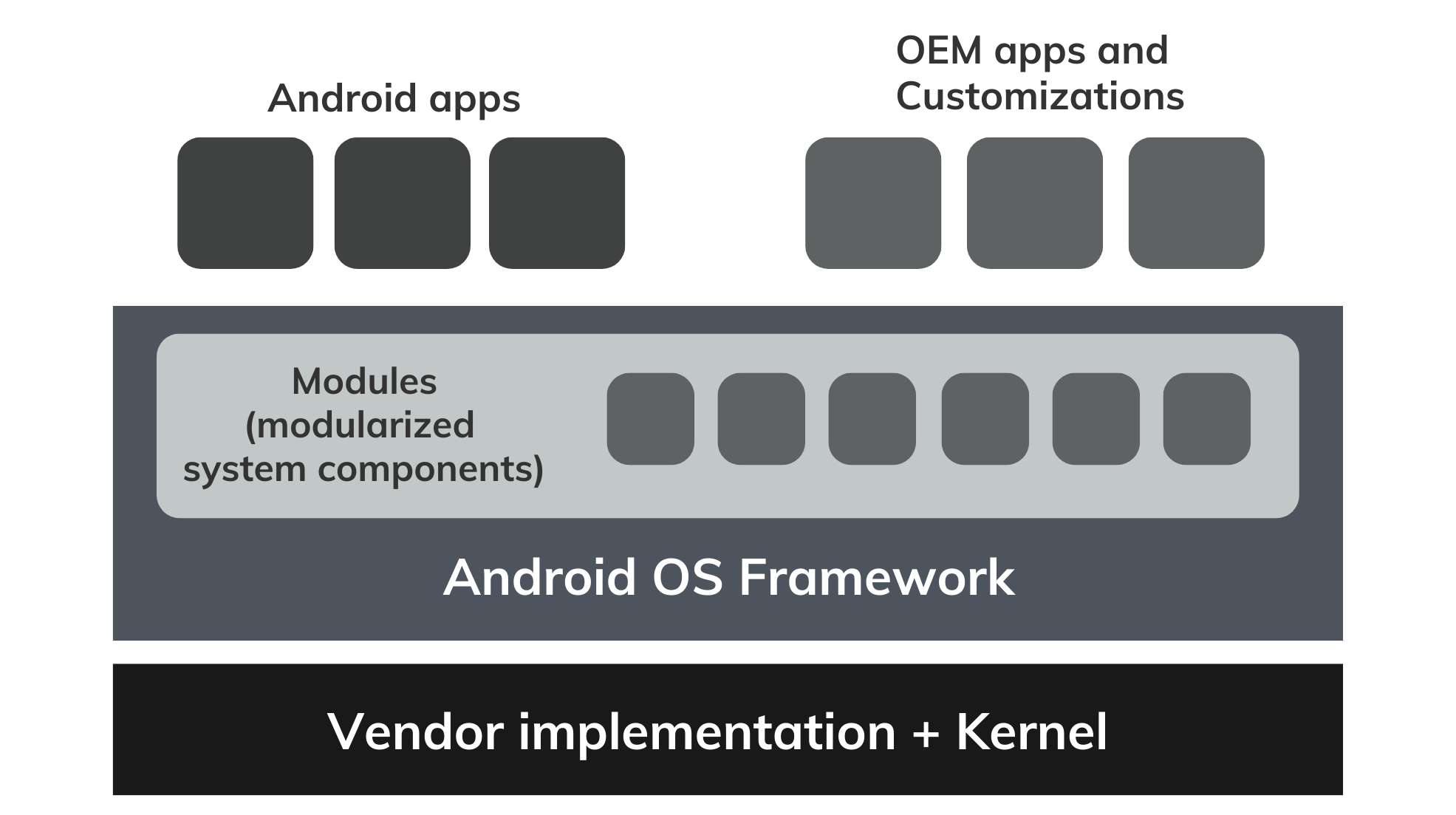 As depicted in the figure, Mainline makes Android’s system components a bit more modular. Let’s see how Google categorizes these 12 elements into three categories in the following session. 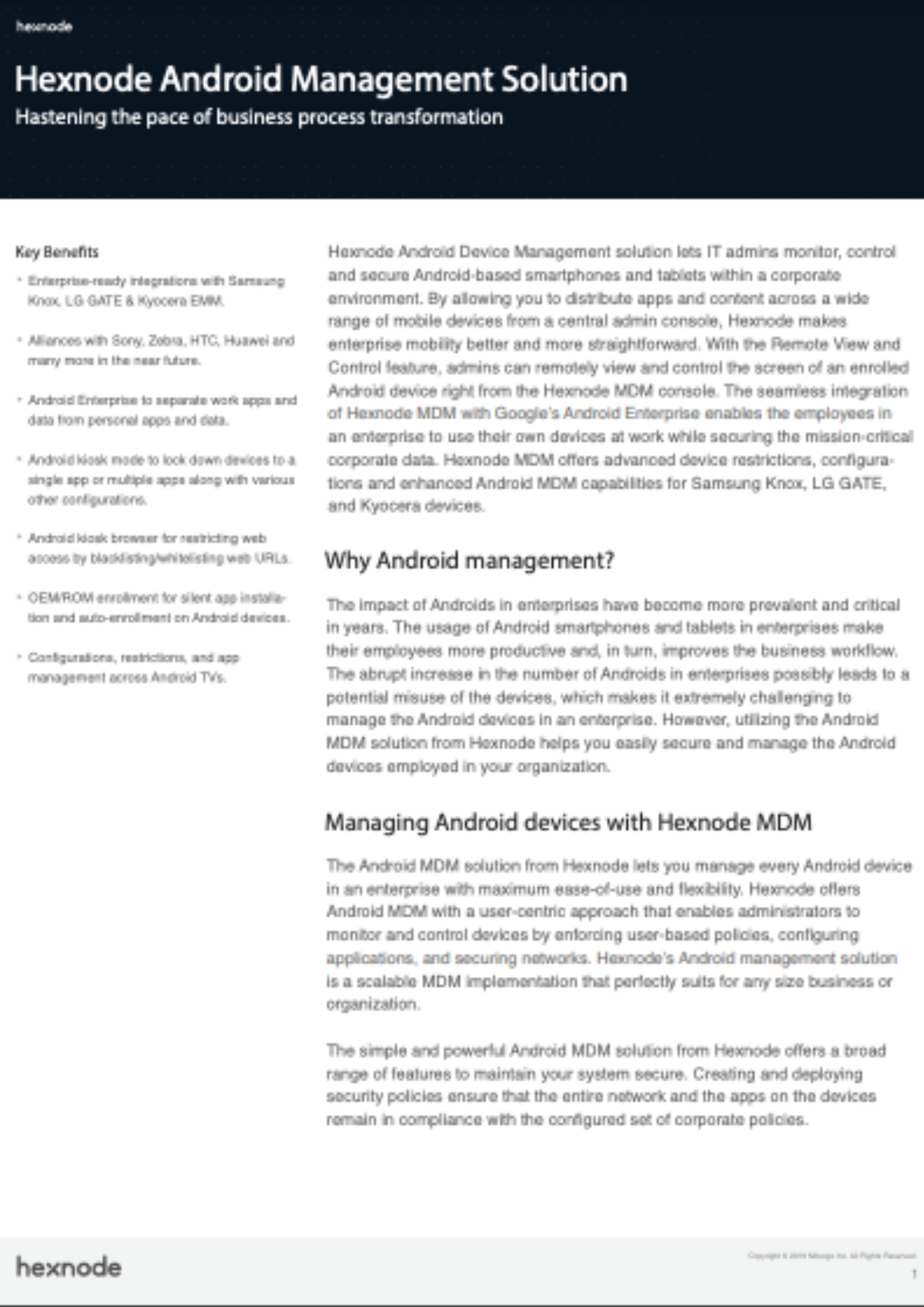 Get started with Hexnode’s Android Management solution to improve efficiency, increase productivity, save time and overhead costs of managing your corporate devices.

What does Android Project Mainline cover?

The primary goal of Project Mainline is to upgrade Android’s twelve fundamental parts. These elements were previously inaccessible without a significant software upgrade because they are crucial to operating other OS components.

Where to check for this system update on your phone?

We all enjoy using the knowledge we have gained. So, grab your phone and let’s see how this system upgrade performs in your phone. 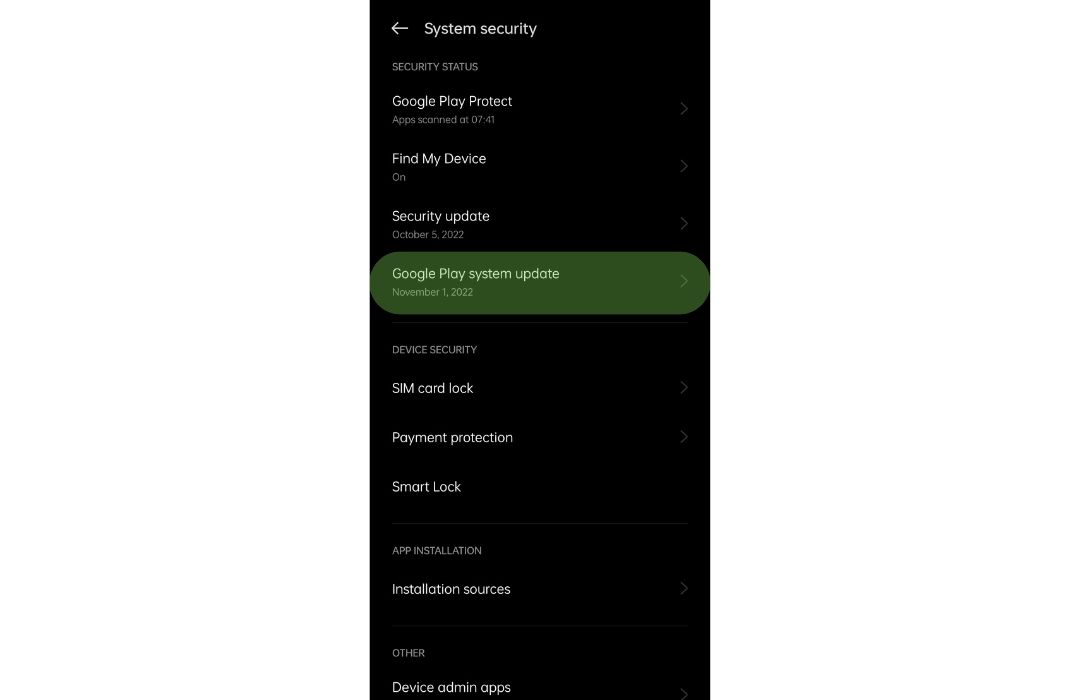 There you can see the latest available update. Just click on download and install. Within seconds, the latest update from Google will be downloaded and installed. With this feature, you can improve the device’s stability easily and quickly. 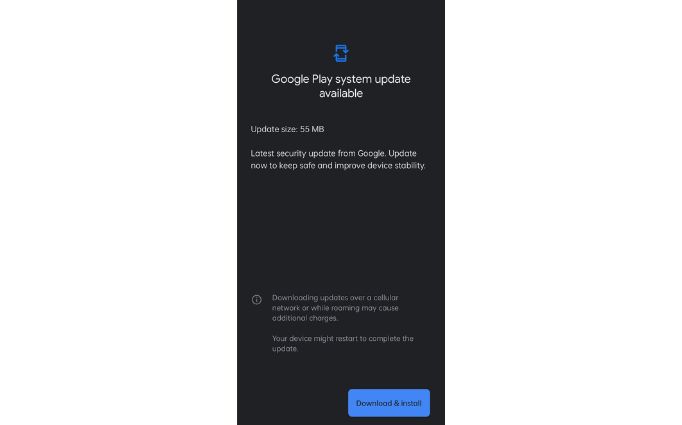 The role of Hexnode in Android updates

Hexnode UEM assists businesses with scheduling OS updates for Android devices enrolled as “Device Owners” in the Android Enterprise program. Hexnode UEM streamlines the distribution of extensive OS upgrades to Android devices. The software updates can be provided to a specific group at any time to prevent bandwidth overuse since numerous devices exist in the company. Additionally, Hexnode UEM gives IT administrators a choice between automatic updating, delaying updates for up to 30 days, and updating during inactive hours.

What are the device owner and profile owner modes? 🤔

The launch of Project Mainline in Android 10 was one of the most significant updates to Android in recent years. Despite being launched several years ago, Project Mainline has grown over time to include a huge number of Android components.

The use of Android Project Mainline is beneficial as new features will reach you more quickly without having waiting for your OEM to provide the same software updates promptly.

Give Hexnode a go! Try out the 14 day free trial of Hexnode UEM and securely manage your devices.