It is that time of the year again – the WWDC time when Apple announces a bunch of new stuff. Personally, checking up on the latest updates at WWDC every year is almost like a ritual for me now. WWDC22 does not disappoint as it boasts of a whole array of new announcements – including iOS and iPadOS 16, macOS Ventura, watchOS 9, a brand new design for the MacBook line-up and more.

For our enterprise enthusiasts, we have summarized the key updates that Apple has in store for device management.

In WWDC 2021, Apple introduced Apple Configurator for iOS. This feature made it really easy for organizations to add the Macs into their Apple Business Manager or Apple School Manager account. 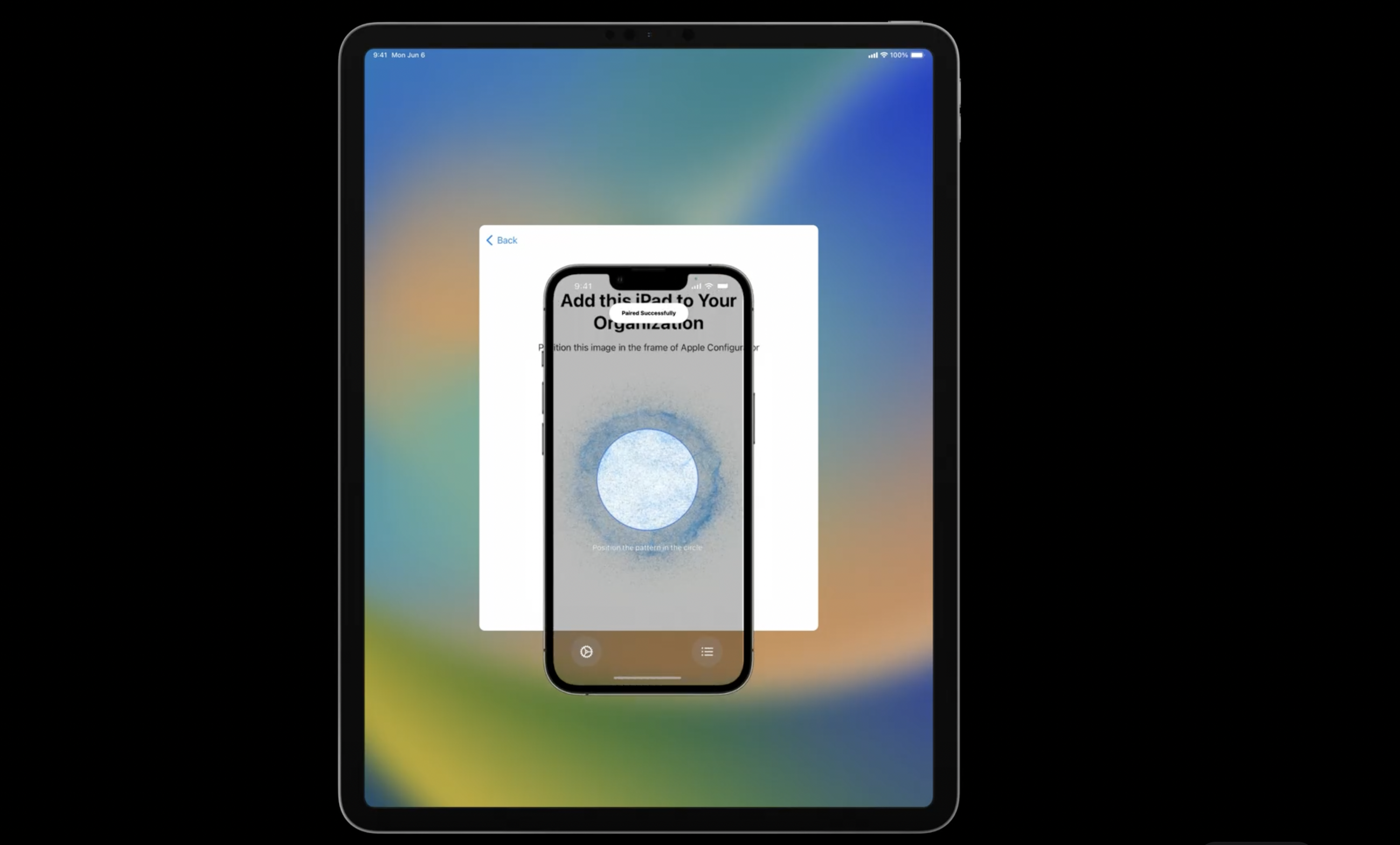 The main goal for identity management is that the users would sign in once and then use that signed-in identity consistently across the OS. Apple is trying quite hard to meet this goal as we can see from the latest updates:

In WWDC22, Apple has also announced addition of OAuth 2 as an authorization mechanism in iOS and iPadOS 16. This allows support of a variety of identity providers and improves security via support for short-lived tokens and automatic refresh. OAuth can be used with the existing account-driven user enrollment flow or with a new feature from Apple – Enrollment SSO. It is a new method that enables faster enrollment of personal devices in an MDM solution. It builds upon existing technologies like extensible SSO (introduced in iOS 13) and Account Driven User Enrollment (introduced in iOS 15).

Earlier, devices would not respond to OS update commands when in Power Nap mode. Now, macOS Ventura devices would respond to ScheduleOSUpdate, OSUpdateStatus and AvailableOSUpdate commands even while sleeping or in Power Nap Mode. ScheduleOSUpdate command also has a new Priority key. Key values are High and Low. These values set the priority for downloading and preparing requested updates. However, this new key is only supported for minor OS updates. For example, if you wish to update your OS from macOS Monterey to macOS Ventura, this key would not be of any use. 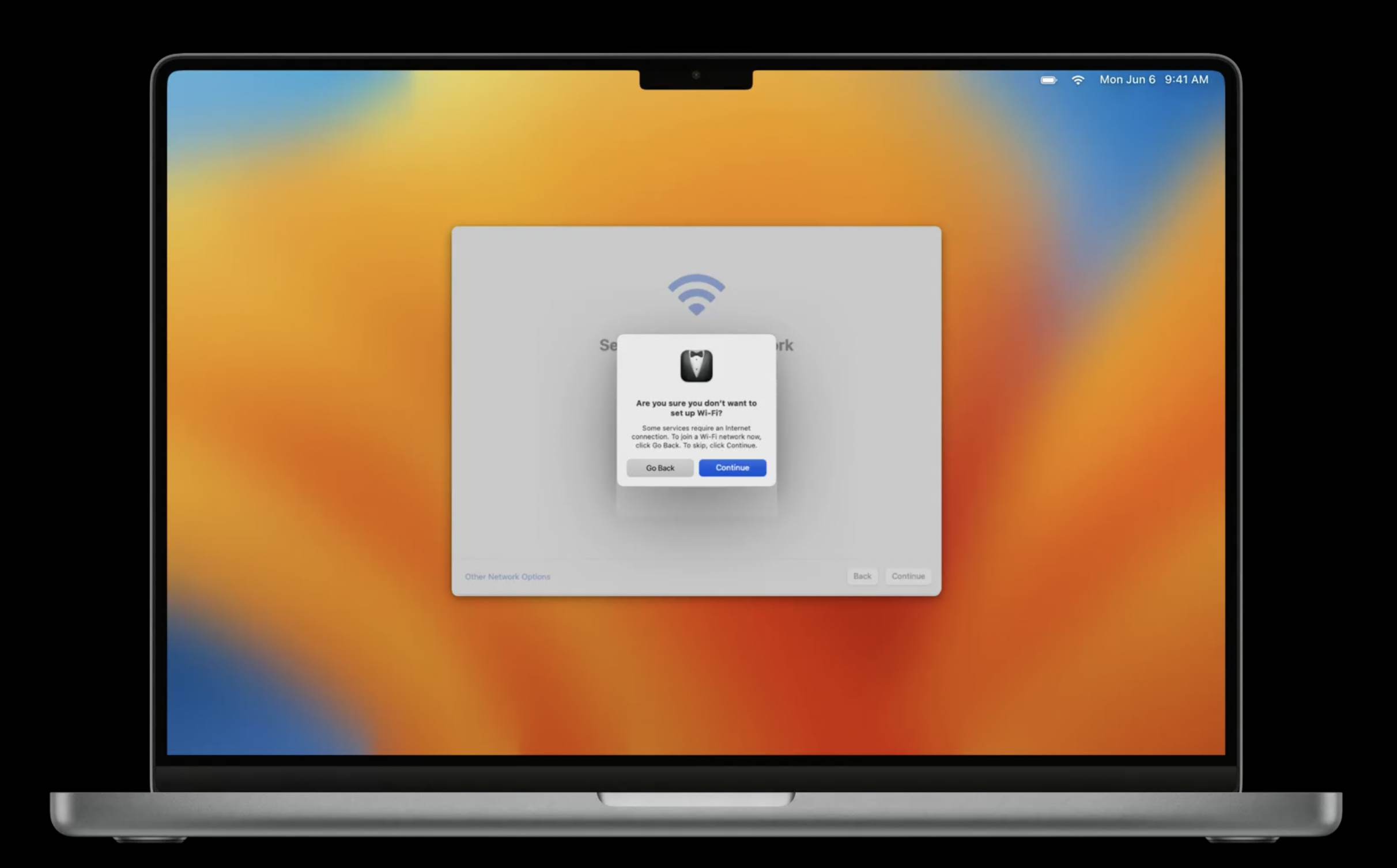 Automated device enrollment provides a streamlined process for the device to be unboxed, activated, and enrolled in the organization’s MDM solution. In WWDC22, Apple has promised a couple of changes in the enrollment process. For devices enrolled with Automated device enrollment, it will become mandatory to connect to a network during the setup process even after being erased. After erasing or restoring a Mac, an internet connection will be required to go through Setup Assistant for devices registered to your organization in Apple School Manager or Apple Business Manager. Once the Mac is set up for the first time and connected to a network, the Mac is acknowledged as owned by an organization. Even if the MDM initiates an Erase All Content and Settings or the device is restored with Configurator, the network settings and by extension the device enrollment cannot be bypassed in Setup Assistant. This applies to all Intel Macs with T2 security chips and Macs with Apple Silicon chips.

1. Manual certificate trust: In a future release of macOS Ventura, certificate payloads in a configuration profile that are manually installed by a user will no longer be automatically trusted for TLS. The user must use the Keychain Access app to trust the certificate manually. However, full certificate trust will be honored if:

2. Allowing external device accessories to connect to macOS:“Allow accessories to connect” on macOS aims to protect the users from close-access attacks. It is supported on portable Macs with Apple silicon.  The initial configuration would ask the user to allow new Thunderbolt or USB accessories, even when unlocked. Approved accessories can connect to a locked Mac for up to three days. If you attach an unknown accessory to a locked Mac, you will be prompted to unlock the Mac.

Managing network traffic is an important security consideration for admins. Apple is now expanding their per-app support to DNS Proxy and Web Content Filter. These features are available for all enrollment types in iOS and iPadOS 16. It would be especially advantageous to use these features in user-enrolled or BYO devices. Existing apps which use DNS Proxy and Web Content Filter will work without modification. Multiple DNS proxies can be applied, but you can’t have both per-app and system-wide DNS proxies. Web Content filter supports up to seven per-app and one system-wide filters. 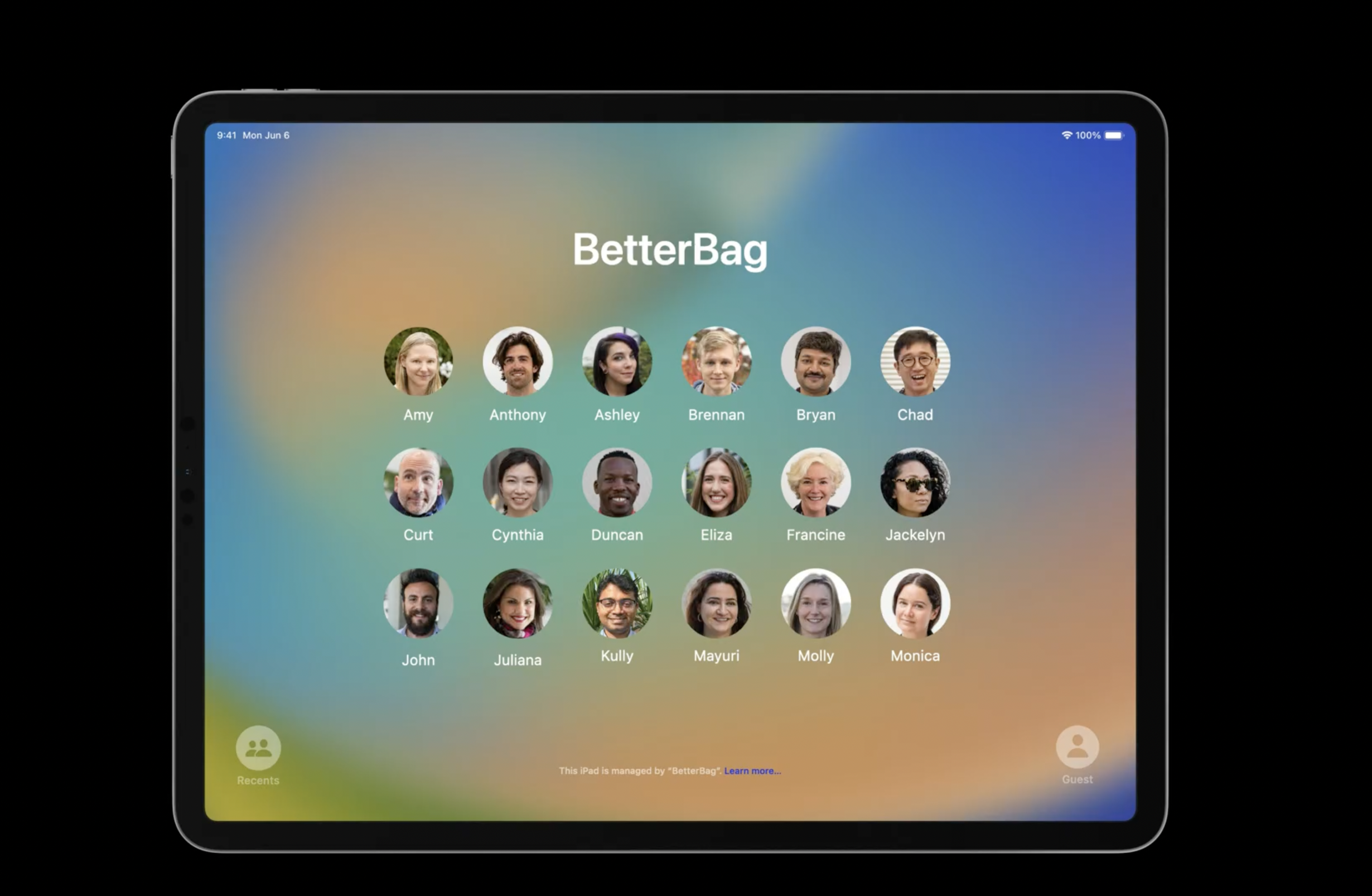 A Shared iPad allow multiple users to use the iPad. The user experiences can be personal even though the devices are shared. Shared iPads are quite useful in a one-to-many environment in education and business. Apple has introduced some user-friendly changes to Shared iPads this year:
The admins would now be able to save users time while authenticating with their Managed Apple ID. Once the user starts to enter their Managed Apple ID, a typing suggestion for the domain name (example – company.com) will automatically appear for the user to tap. 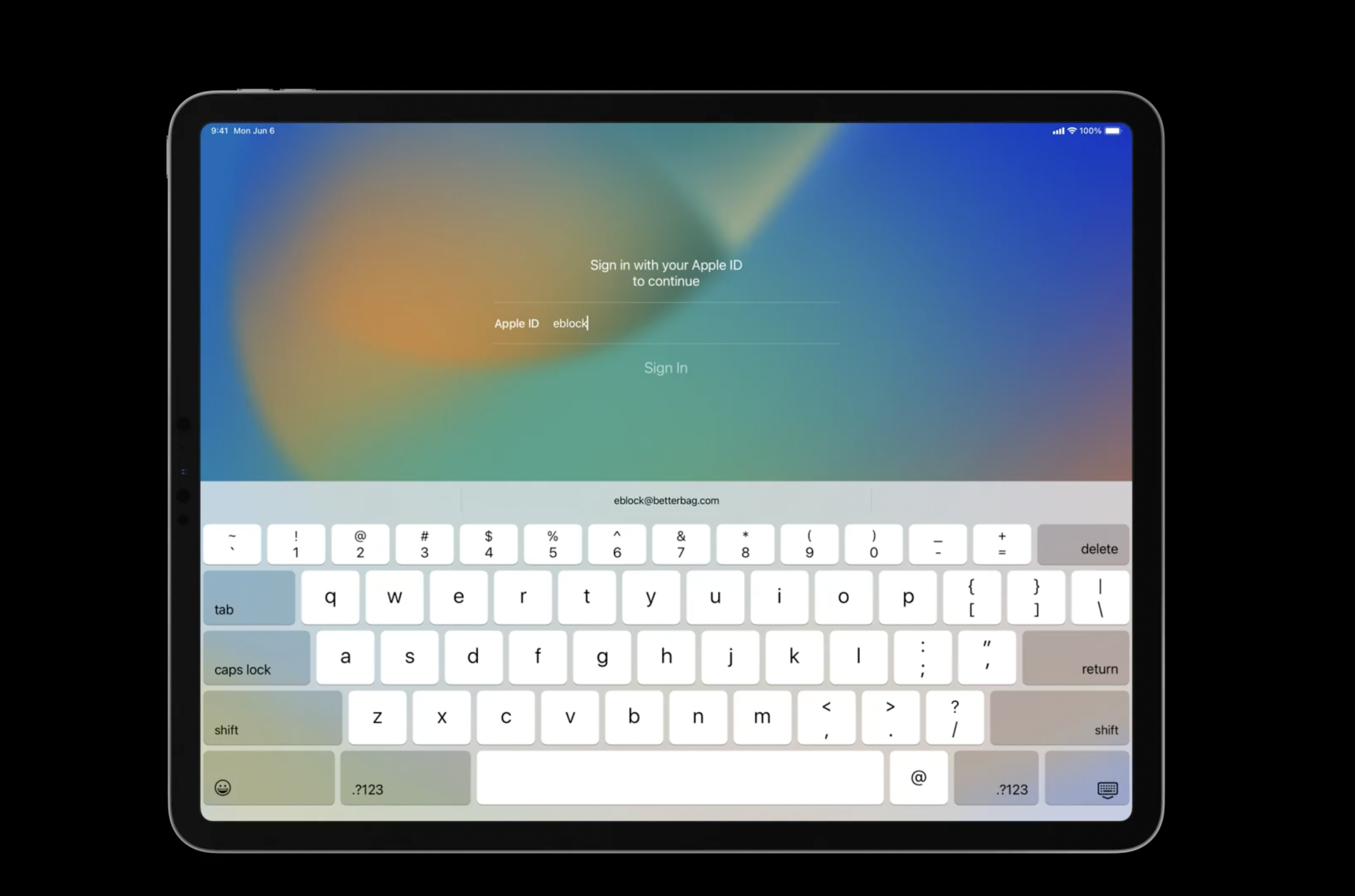 Installing apps during setup in iPhones and iPads

For iOS 16 and iPadOS 16 devices, it’s now possible to install applications at setup for supervised devices during Automated device enrollment. With this feature, you can now ensure a device has all the apps that a user needs to get started even before exiting Setup Assistant.

New updates are always exciting. Apple has given a healthy dose of happiness to all the techies and developers in this year’s WWDC. We have discussed the important announcements that all device admins should look out for. There are some we haven’t discussed in this blog, but worry not, we would be covering those and a lot more in Hexnode Blogs. Stay tuned and do not miss out on anything new in the device management world.

Use Hexnode to manage your Apple devices with the latest updates and new features.