VPNs – Are they a timeless classic or an outdated concept?

Have you ever used the incognito mode of your browser to remain anonymous online? Well, if your answer is “yes”, I have bad news for you. Incognito tabs aren’t enough to keep you anonymous online.

This is where VPN comes in handy. Everyone uses a VPN these days, whether it’s to watch a TV show that isn’t available in your country or to keep your data safe while using the internet. VPN or Virtual Private Network is mainly used to give users privacy online and make them anonymous when they access the internet.

Explore advanced data privacy features with Hexnode
VPN securely connects a device or a user to a public or private network. By securing the connection, the data in transit is not visible to anyone else in the network, thereby stopping anyone from snooping in on confidential data.

Whether it is for personal use or office use, it is always recommended to use VPN while accessing the internet through public Wi-Fi. Otherwise, anyone on the same network can eavesdrop on your browsing data.

VPN masks your IP address and also encrypts the connection between the device and the internet. It creates a secure tunnel between your device and the network. In this way, no third-party source will be able to access your browsing data.

Is VPN necessary for remote workforce?

Ever since the start of the pandemic, there has been a huge rise in the number of remote workers. Even as situations are getting better, more people prefer working remotely as this gives them the freedom of working from anywhere in the world, with a good internet connection.

A VPN can make sure that even if a cybercriminal manages to eavesdrop on the connection between an employee’s personal device and corporate resources, it would be useless as the data in transit is always encrypted.

As mentioned earlier, VPN creates a tunnel between a user and a network or between two networks. This allows users to access the internet securely without anyone spying on them. VPN uses different protocols, known as Tunneling protocols, to secure network connections. 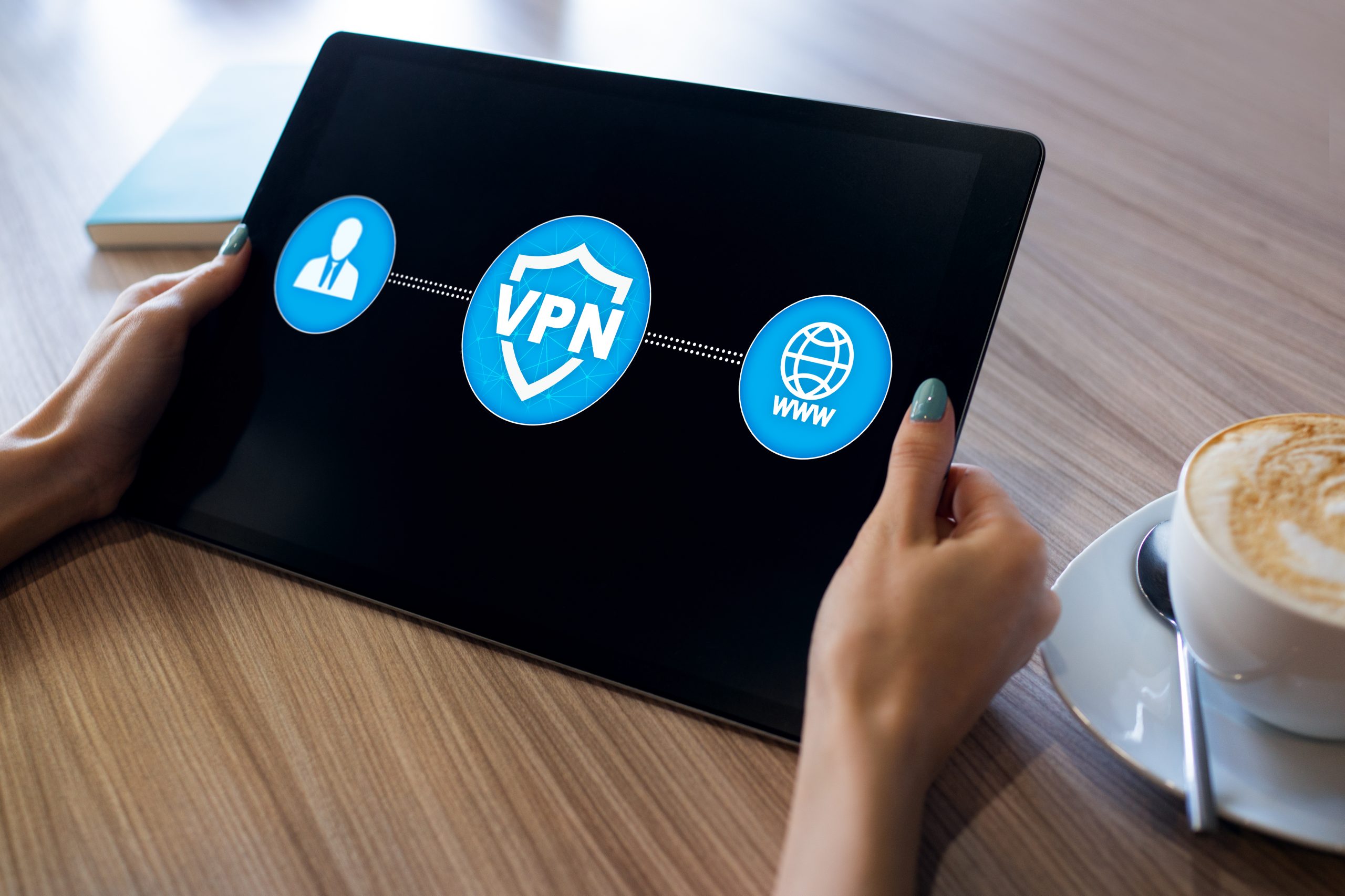 Some of the most common protocols are as follows:

PPTP is one of the first protocols developed and it was introduced back in the 90s. PPTP has very few advantages, including a super-fast connection speed and compatibility with most devices out there.

Apart from these, the protocol has no other advantages. PPTP provides the weakest encryption and a lot of vulnerabilities have been found with this protocol. Since PPTP is easy to penetrate, it is outdated and serves as the bare minimum encryption standard.

L2TP is a tunneling protocol that can’t encrypt connections. L2TP can only create a secure connection between the user and the network. L2TP is usually paired with other protocols like IPsec (Internet Protocol security) to provide an encrypted connection.

Even though this protocol doesn’t have an encryption ability of its own it is considered more effective than PPTP. A major problem with L2TP is that it slows down the connection as data is encapsulated twice.

SSTP is a tunneling protocol developed by Microsoft and integrated with every Windows operating system starting from Windows Vista. SSTP uses a 2048-bit TLS or SSL certificate for authentication. The protocol makes use of a 256-bit SSL key for encryption.

SSTP has its fair share of advantages, including the ability to easily bypass firewalls and use strong encryption. The main problem with this protocol is that this protocol is not compatible with every device.

IKEv2 was developed by Microsoft along with Cisco. IKEv2 is similar to L2TP in the sense that it is also commonly paired with IPsec encryption and authentication. The major advantage of IKEv2 is that it can easily re-establish a connection when the network type is switched (that is, from Wi-Fi to cellular or vice versa). So, this protocol is perfect for users who are on the go.

OpenVPN is an open-source protocol and it is supported by all the leading operating systems like Windows, macOS, Linux, Android, and iOS. The protocol uses a 2048-bit RSA authentication and 256-bit AES key encryption.

Even though this protocol is an open-source protocol, it is considered one of the most secure and widely used protocols out there. The protocol owes its popularity to the fact that developers can access the source code and make tweaks to it.

There are mainly 4 types of VPN, they are:

A remote-access VPN allows remote working employees to securely connect to the company’s private network safely through an encrypted connection. It creates a secure tunnel between the user and the company network even if the user is connected to public Wi-Fi.

Remote access VPN makes sure that users can access company resources from anywhere in the world the same way they would do in an office. Organizations can securely transfer data without having to worry about it being spied upon.

As the name suggests personal VPN is mainly used by people for personal uses rather than for business uses. Normally when a person connects to the internet, a connection is made between the user and the server hosted by the website.

When a person uses a personal VPN, the user is connected to a VPN server, which then connects to the website server. In this way, the user remains anonymous and the VPN server becomes the source of traffic.

Personal VPN differs from remote access VPN in the sense that personal VPN does not allow users to connect to private networks.

This is where mobile VPN can help you. Here the connection does not get disrupted if the users change the network type, there is any connectivity issue, or even if the device is inactive or switched off for a while.

Site-to-site VPN basically makes a secure connection between two networks rather than a user and a network, which is normally observed. This is useful for companies having offices in multiple locations. 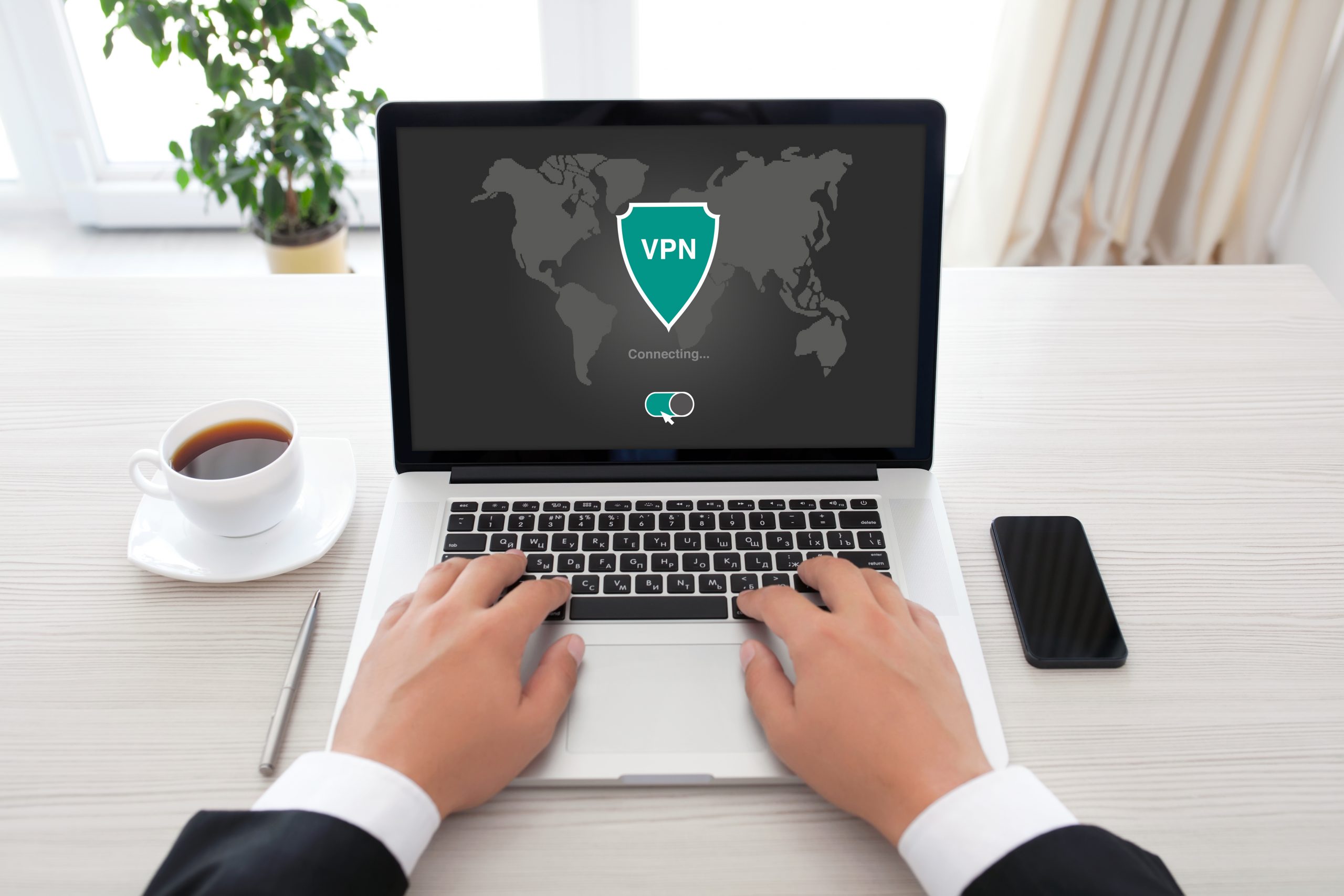 A person connecting to VPN to access a private network

As mentioned above, VPNs have a number of benefits, including providing online privacy, masking a user’s IP address, and allowing users to safely connect to networks using public Wi-Fi.

Despite its numerous benefits, a VPN cannot protect users from all types of assaults, and there are numerous attacks that might render a VPN worthless. Some of the attacks are:

Is VPN enough for data security in enterprises?

Even though VPN provides a certain level of anonymity online, it is the bare minimum for today’s security standards of most organizations. Since more and more cyberattacks are surfacing, VPN on its own might not be enough to provide complete data privacy.

Some tips that might help you make the most out of your VPN are:

The need for a strong security structure is at an all-time high because there is a large increase in the number of remote workers. So, just adopting a VPN might not be enough anymore.

Whether it is to strengthen the current VPN system or to completely replace the VPN system, some great alternatives for VPN are:

Even though VPN is still a useful tool, newer tools in the market can ensure a higher level of security for devices in the enterprise. As the digital world is moving forward every single day, the need for a complete and all-around security system is high. So, even if you use a VPN solution in your devices, it is always better to include more advanced security solutions to protect your corporate network.

Importance of monitoring and managing data usage on corporate devices