Rugged tablet or rugged laptop: Which one delivers a better ROI?

Choosing a rugged device is never simple because there are so many things to take into account, such as if it will be strong enough, that it will satisfy all of your needs, whether or not it is easy to use, and so on.

Sign up for a free trial and explore Hexnode's rugged device management features.

Among all the other questions, the one that stands out the most is if the device will be worth the investment. Rugged gadgets might be one of your best investments provided you pick the proper one for your needs.

Aside from rugged mobile phones and handheld devices, some of the most popularly utilized rugged devices are rugged tablets and laptops. This article will help you pick the best option for your needs if you are considering using any of these two in your business.

What is the difference between the two?

Rugged laptops and rugged tablets are different from each other in many aspects and it is pretty easy to distinguish both. The first and most noticeable difference between a rugged laptop and a rugged tablet is that laptops have an attached keyboard. Most tablets don’t have a keyboard, but it is possible to use external keyboards with tablets.

Another difference is that rugged laptops are usually much bulkier than rugged tablets. Being bulkier might sound like a disadvantage but it’s not always the case. Due to their bigger size, rugged laptops usually have better specifications like better battery, better processor, and even a better display. 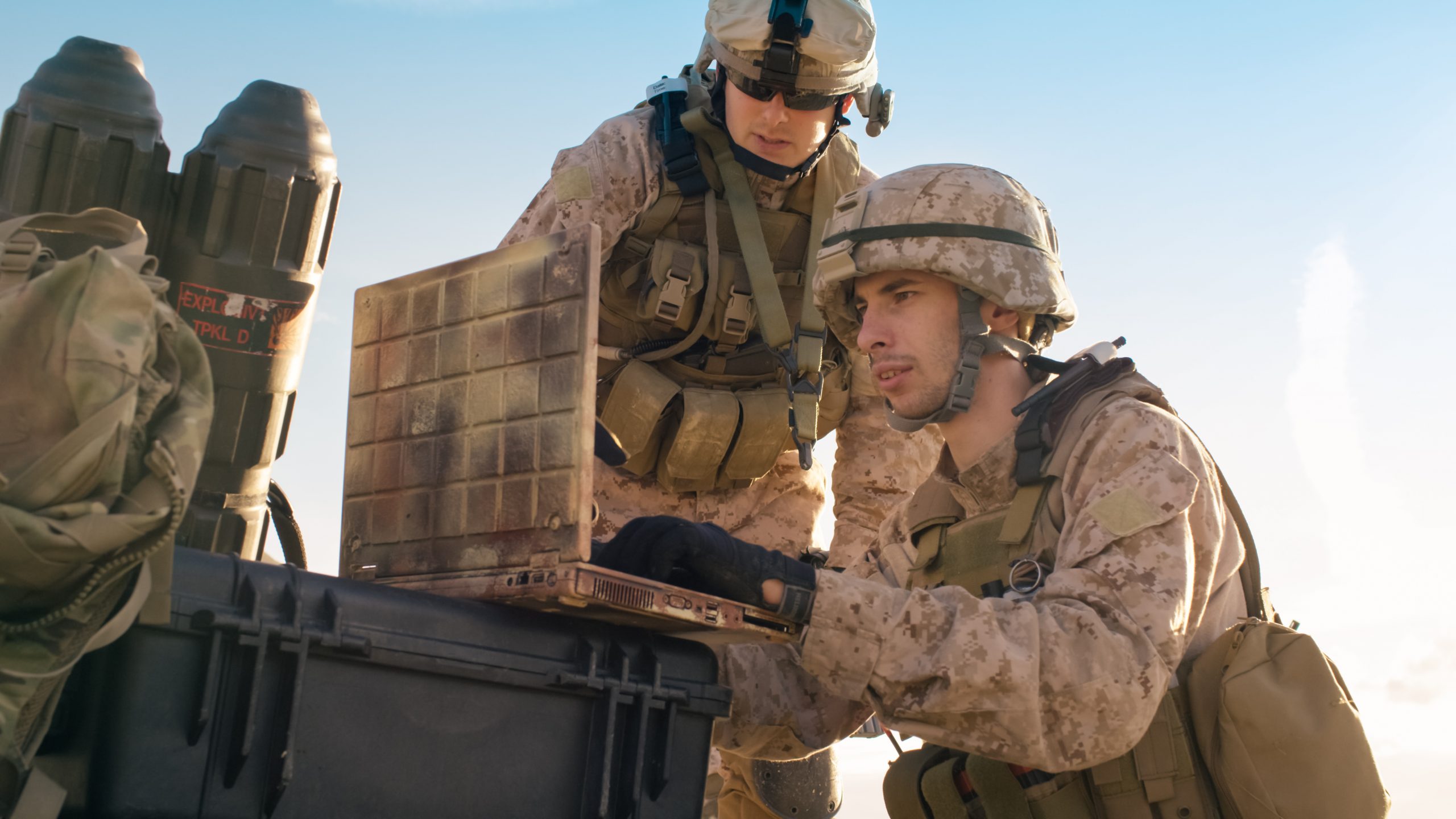 Rugged laptops used by military personnel on the field

Although tablets and laptops typically have different operating systems, this isn’t always the case. Tablets can run Windows, Android, or even iPadOS while rugged laptops often run Windows.

Mobility is another difference between rugged laptops and tablets. Ruggedized tablets are usually used for hand-held uses since they are lightweight and can be carried around easily. In the case of rugged laptops, they are usually fixed to a single location and are not used as mobile devices.

This class of devices combines the advantages of both tablets and laptops, including longer battery life, portability, and the ability to be used as a handheld device.

Hybrid tablets share some of the drawbacks of both laptops and tablets. It is more prone to damage as it has more parts, and it is much more expensive compared to both tablets and laptops. Also due to the addition of more accessories, the battery might drain out sooner.

Which one gives a better ROI, rugged tablet or rugged laptop?

When considering the scope of use and productivity, rugged tablets have a clear edge over rugged laptops all thanks to their lightweight. Since the tablets are light and mobile, they can be used for different purposes within the same organization. This will ultimately reduce the amount of money spent on buying devices.

Due to the flexibility of tablets, one tablet may be given to a team of employees, saving time, money, and the hassle of setting up and maintaining several devices.

The majority of tablets come equipped with high-resolution built-in cameras, which is another significant benefit they offer over rugged laptops, which offer either a built-in low-resolution web camera or no camera at all.

In businesses like warehouses, where scanning is one of the main applications of a rugged handheld device, high-resolution cameras are an added bonus.

Organizations using rugged tablets don’t have to spend money on additional devices to help with scanning-related duties because tablets already come with cameras. However, rugged laptops typically lack high-resolution built-in cameras and rely on external devices for scanning and other camera-related functions. 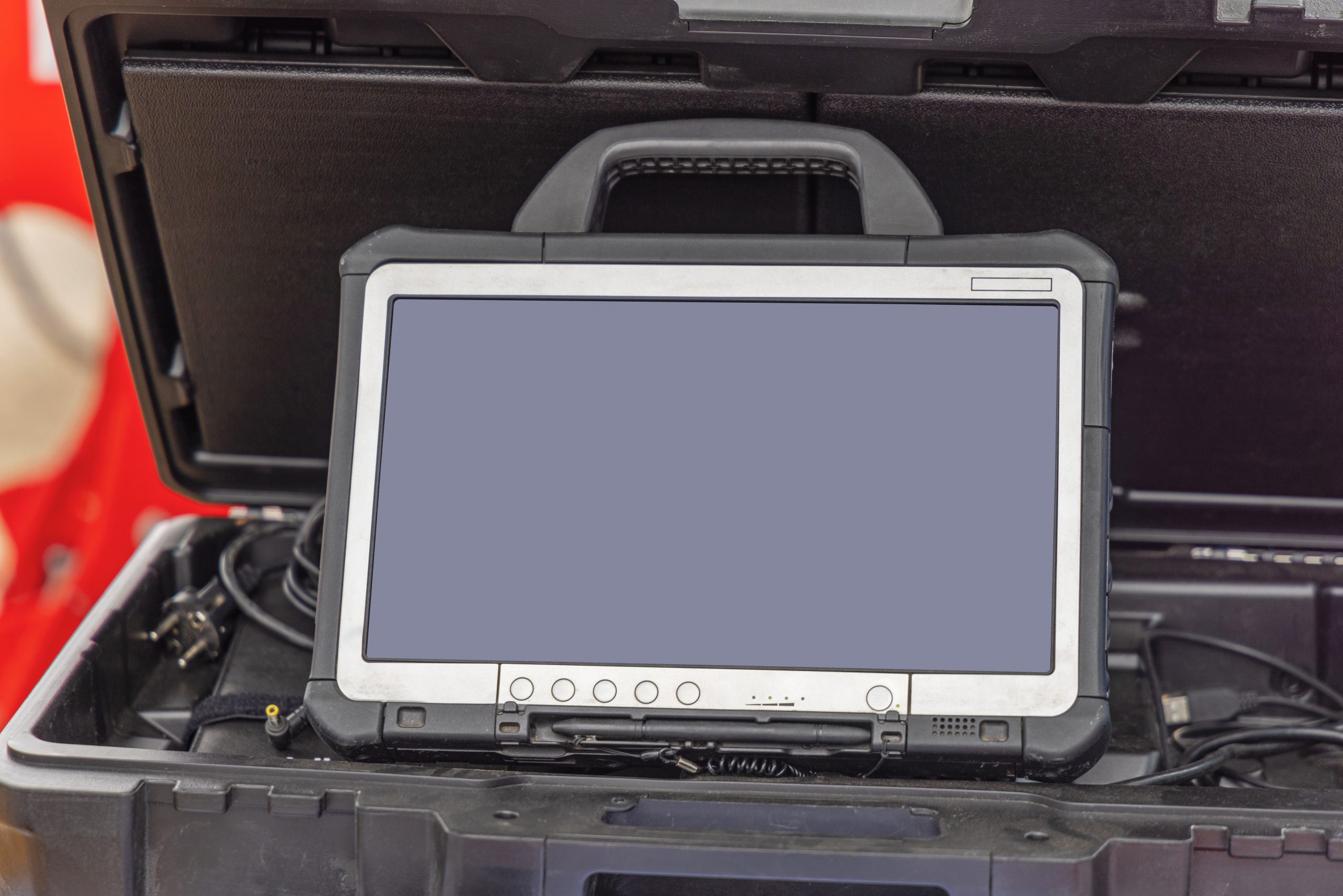 Rugged tablet with an unprotected display

Even though tablets have a much more delicate display, rugged laptops are more prone to damage because they have more moving parts, like hinges and joints, so it is harder to completely ruggedize a laptop.

Since tablets are sturdier, the money spent on the repair and replacement in the case of tablets will be less compared to laptops. Also, rugged laptops use superior parts, so damage to them will cause a greater financial loss.

As was already noted, one of the main benefits of rugged laptops over rugged tablets is that they generally have much better specifications. This is due to their larger size, which enables them to contain larger and better components.

How can Hexnode improve the ROI of rugged devices?

Even though rugged devices have a great ROI, they perform even better when combined with the right device management solution. Hexnode UEM helps you remotely manage your rugged device fleet easily. 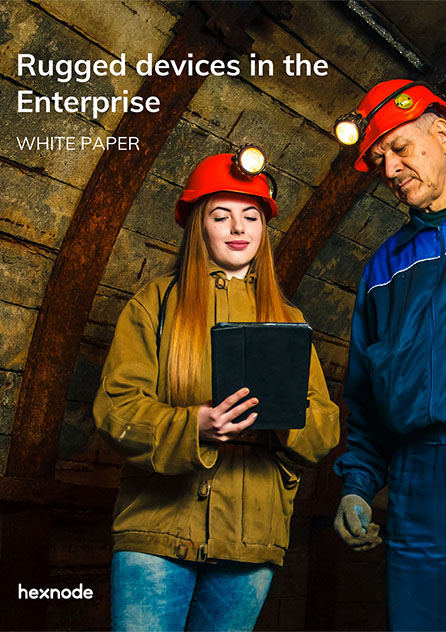 Rugged devices in the Enterprise

Rugged devices have made mobility possible in a lot of industries. However, these devices need efficient management methods to safeguard sensitive data. Check out the benefits of rugged devices and learn how you can secure them with Hexnode.

With features like OEMConfig and remote kiosk lockdown, Hexnode allows IT admins to control rugged devices smoothly and efficiently. Since Hexnode is cloud-based, you can manage your devices even if you have a lot of offices spread around the globe.

Hexnode has other features like geo-fencing and dynamic policy association that lets companies ensure that devices are used only within company limits and not used outside. With Hexnode, you can also monitor device health, keeping you up to date about the requirement for timely device checkups and repairs.

Hexnode supports all leading operating systems and all device types, so you can manage any of your rugged device with Hexnode.

The use of rugged devices is widespread across almost all industries, and as more gadgets hit the market, it will get harder to select the one that best meets your needs.

Explore rugged device management with Hexnode
Even though ruggedized laptops have a lot of plus sides when it comes to ROI and usability ruggedized tablets have the edge upper hand. You can consider rugged laptops if you are looking for something stationary and have a specific task.

Why Motorola rugged devices are the right choice for tough industrial applications?