Endpoint security vs network security; are you an IT person who is confused about this commonly heard security jargon or at the least a cyber security enthusiast who is interested in knowing the difference between the two? Then, this article is for you, yes, I’m going to break it down for you today. Endpoint security and network security, are the two pillars of cybersecurity, one responsible for securing your endpoints and the other for securing your network.

Cyberattacks are a major concern for all organizations, private as well as government ones. As more and more companies are shifting towards work from home culture or using personal devices for work, the need for proper cybersecurity systems is at an all-time high.

In the earlier days of the IT field, cyberattacks were mainly focused on networks. Unauthorized access to corporate networks was the main objective of attackers. This made companies take a strict approach towards corporate network security.

As technological advancements took place, network security became an integral part of all IT companies. Cyber-attackers had to find a new way to get their hands on corporate data.

Endpoints or end-user devices like mobile phones, laptops, PCs, and tablets that had access to corporate networks became the next target. More and more cyberattacks have started targeting endpoints. This made companies rethink their cybersecurity strategies.

What is network security?

Network security is a part of cybersecurity that is mainly concerned with the access and control of data in corporate networks. Whether it is data in rest, motion, or use, network security takes care of it.

Since more and more companies are switching to a remote work system and allowing personal devices to be used for work, the need for securing corporate access via public networks is increasing. Unless proper network security is ensured, it’s easy for attackers to breach corporate data.

Network access control does exactly what the name implies, that is, control the access to a corporate network based on company specified policies. Using NAC, organizations can monitor all devices that try to access the company network. 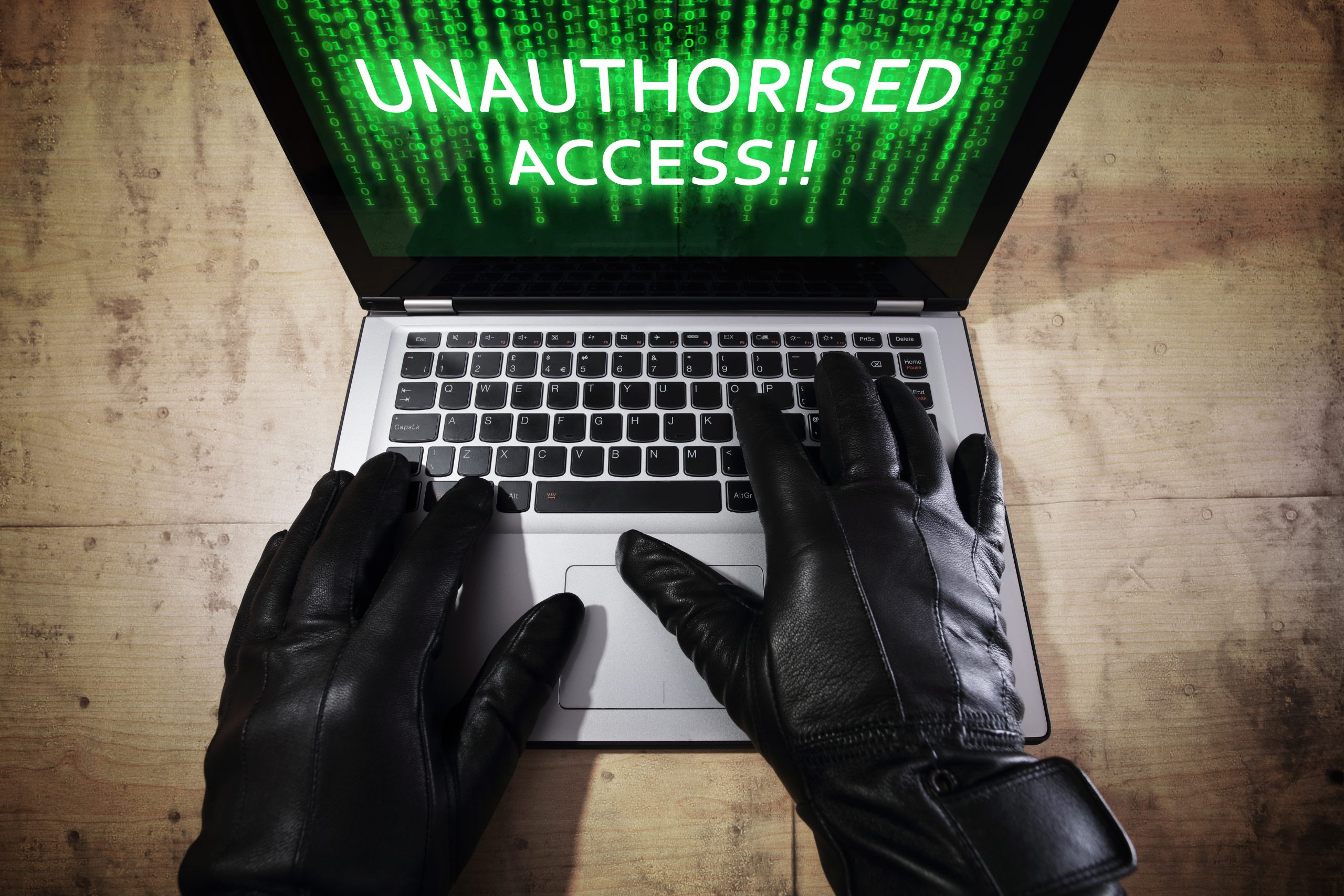 NAC is critical for organizations that allow remote working and BYOD. Hackers, data thieves, and other cybercriminals can snoop their way into networks if it is not guarded properly.

NAC is mainly of two types:

By limiting network access, NAC can ensure that no unauthorized personnel can get their hands on corporate data in the network.

A firewall acts as a barrier between internal and external networks. A firewall keeps track of all network traffic in and out of a private network. Not only does it monitor, but it also restricts traffic based on a set of parameters set by the organization.

A firewall acts as a filter that blocks all suspicious traffic and allows only approved traffic to enter the system. A network firewall can have multiple firewalls between external and internal networks.

Firewalls use either a pre-set list of rules or a dynamic set of rules to filter traffic. The filter may consist of the following parameters:

VPN or Virtual Private Network ensures that the connection between a device and a network is encrypted. By encrypting this connection, we can ensure that the data transferred is safe and secure.

VPN is a good way to prevent unauthorized personnel from eavesdropping on your internet traffic. VPN is a must-have if you are working remotely. Apart from encrypting your connection to networks, VPN also masks your IP address so that you remain anonymous on the internet.

An intrusion prevention system or IPS is a type of network security system that constantly monitors a network to find and prevent potential threats. If your IPS system finds a possible malicious entity in your network, then it reports the event to the IT admin and takes preventive measures.

Some of the actions IPS can take if it detects a threat are:

There are multiple approaches to IPS and the mainstream ones are based on threat signature, anomalous behavior, and custom network security policies.

Sandboxing in general is referred to the act of isolating an app, software, a browser, or even a piece of code within a device like a PC or a mobile phone. By running programs/apps/software in an isolated area, we can ensure whatever happens during its execution does not affect the rest of the device.

Most companies use browser sandboxing so that even if a cyberattack takes place it is confined only to the sandbox.

Sandboxing can make sure that even in the event of a cyberattack, all endpoints and the data stored in them are isolated from the threat and secured.

As the name suggests, a zero-trust security system requires all individuals and devices, both inside and outside the network, to authorize their user accounts each time they access the company network.

It is important for IT admins to know more about the device as well as the user they manage before trusting the same. It is also possible for attacks to happen through apps and websites. So, details like device information and user credentials should be verified.

Moreover, once authenticated, access to the corporate network must be limited to just the authorized apps and services, while keeping the rest of the infrastructure hidden to the user or device.

WPA vs WPA2 – Are you adopting the right wireless (WiFi) security?

IT admins should set minimum Wi-Fi security levels on endpoints so that devices under their control will not connect to networks that fail to meet these security standards.

There are mainly four types of Wi-Fi security protocols available:

What is endpoint security?

Endpoint security is also a part of cybersecurity but it is not the same as network security. Endpoint security is mainly focused on protecting end-user devices or endpoints like mobiles, tablets, PCs, laptops, and even IoT devices from malicious threats.

Threats that get past network security systems ultimately find their way into endpoints. Recently threats with endpoints as targets have also started to gain popularity. So, it must be a priority for organizations to secure endpoints.

1. Endpoint Detection and Response or EDR

Endpoint Detection and Response or EDR is an endpoint security system that constantly monitors and gathers information from endpoints. It then automatically analyses and responds to threats based on pre-set rules.

All the above-mentioned processes happen in real-time, so, if a threat is found in an endpoint it is identified and dealt with very quickly.

Extended Detection and Response or XDR

Extended Detection and Response or XDR is very similar to EDR in its mode of operation. The main difference between EDR and XDR is that XDR monitors practically all access points to a network.

Other than the scope of functioning, XDR and EDR are pretty much the same things, as XDR also monitors, analyses, and responds to threats in real-time.

Antivirus has been in the endpoint security scenario for a considerable amount of time. Antivirus itself has seen few changes over the years. There are mainly two types of antiviruses:

Traditional Antivirus has been protecting endpoints since the 1980s-90s. This antivirus is usually deployed to find and eliminate known threats like malware, trojans, etc. Traditional antiviruses use a signature-based approach to detect known threats.

Next-generation or next-gen antivirus (NGAV) can not only provide security against known threats but also against unknown and new types of threats. NGAV does not use a signature-based approach to finding threats.

NGAV constantly analyses your endpoints and can recognize new threats by detecting a deviation in the normal behavior of a device. Unlike traditional antivirus, NGAV provides protection against zero-day exploits.

Email security is very essential both for personal as well as corporate ones. This is because almost every new account or subscription or social media account is created using emails and if your email is hacked the results can be devastating.

When it comes to corporate emails, it might contain sensitive information that could be dangerous if it goes into the wrong hands. Many threats are sent via email as links and downloadables disguised as spyware, malware, etc.

Some security tips that can be done on a personal level are the use of strong passwords, frequently changing passwords, using spam filters, and being careful while opening emails from unknown senders.

Common email security systems used are email encryption, multifactor authentication, use of secure email gateways, and backing up of important files and documents.

Data encryption is one of the most commonly used security technologies. Data encryption simply means to encode your data into an unreadable form based on an encryption key. By doing so, you can ensure that the data is safe even if it is stolen. The encoded data can be decoded only using the key.

There are different types of algorithms used for encrypting data and the level of security for encrypted data depends on the complexity of the algorithm used. AES or Advanced Encryption System is one of the most commonly used algorithms.

It is important to keep your operating system updated because, with almost every software update, a security patch is also released. Using older OS with security vulnerabilities can act as a point of entry for cyberattacks.

Device wipe is the last resort when it comes to endpoint security. If any endpoints in an organization are under a cyber-attack and there is no way of protecting the data in that device, then wiping the device would be the best option.

Device wiping must be considered only if there is no other way to save the data in the device. Keep in mind that once a device is wiped, there is no way to recover the data in it. So, always make sure that your employees back up essential data.

Endpoint security vs network security: Why is it better to use both together 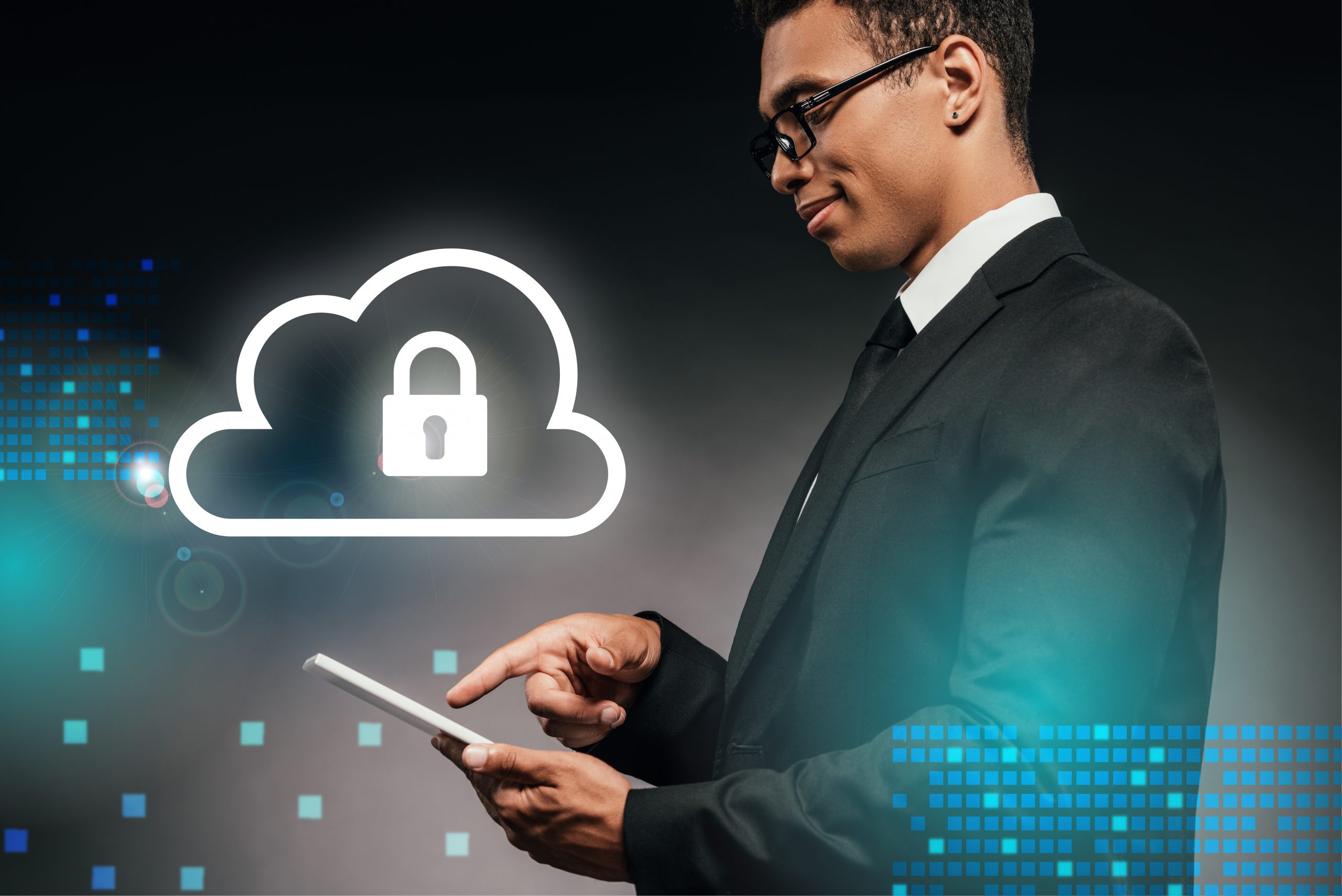 The main downside of network security is that once a threat gets past it, it can’t do anything to secure endpoints, which obviously will be the next target. Not only this, due to its lack of support for endpoint security, cybercriminals have started targeting endpoints instead of networks.

So, having a very high-end network security system without proper security for endpoints is a very bad idea if your company takes cybersecurity seriously.

Endpoint security is a very underrated security requirement and most companies ignore it. As mentioned earlier, network security on its own can’t protect your corporate data from cyber threats.

Network security when coupled with endpoint security can provide all-around protection for your corporate data. Each of the security systems compliments each other very well and covers the flaws of the other.

Apart from using all these security features, it is always good to conduct a device inspection from time to time. Inspections and audits are a great way to get an idea of what is going on with devices used in an organization and also find out about any unusual activity that might have slipped past the radar.

How to migrate managed devices between MDMs?